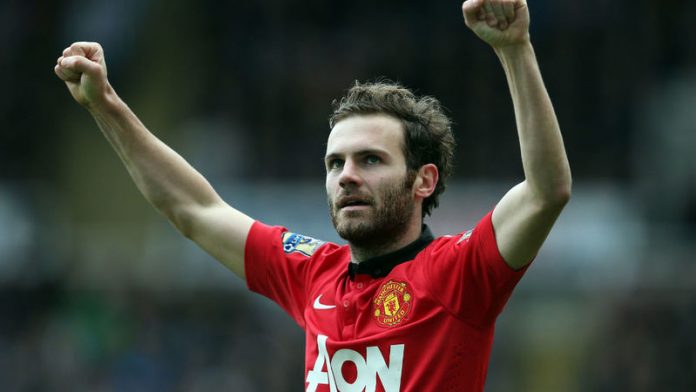 Juan Mata scored twice as he helped Manchester United warm up for a daunting trip to Bayern Munich with a comfortable 4-0 victory over Newcastle in the Premier League at St James's Park on Saturday.

The Spaniard curled in a brilliant free-kick to put the champions ahead six minutes before half-time and the £37.1-million January arrival from Chelsea showed his class and composure with a second goal five minutes into the second half.

While Newcastle struggled to improve on a run, which now reads 10 defeats from their last 15 games, an effective United looked ultra-confident just days after surprisingly drawing 1-1 with Champions League-holders Bayern at Old Trafford.

Now United manager David Moyes, unable to call on England striker Wayne Rooney because of a toe problem, can take his squad to Germany with extra belief for the return leg of the quarterfinal with Bayern.

In December, Newcastle won at Old Trafford for the first time in 41 years.

However, any hope they had of a first double over reigning English champions United since 1931 disappeared with Mata's opener.

Opportunity in front of goal
Newcastle would have been encouraged to see eight changes to the team Moyes sent out in Tuesday's first leg with Bayern.

The absence of Rooney and Robin van Persie, who remains sidelined with knee trouble, meant an opportunity for Hernandez, who struggled initially to find an opportunity in front of goal.

Before Ashley Young, who had to be withdrawn with a hand injury inside a quarter of an hour after a challenge in the area from left-back Massadio Haidara, was forced off he had looked most likely to create something down the right.

But Newcastle fashioned the clearer cut openings before the breakthrough.

Dan Gosling, starting a Premier League game for only the second time since moving to St James's in 2010, had an early header fly wide, while Papiss Cisse turned a tame overhead kick straight at goalkeeper Anders Lindegaard.

The Dane, a replacement for the rested David de Gea, had a far greater save to make shortly afterwards when he dived to his left to make a flying one-handed stop to turn a Cisse header over for a corner.

United, though, got the big chance they craved when Darren Fletcher was tripped on the edge of the area by Gosling.

Sublime free-kick
Mata, who scored his first goal for the club against Aston Villa a week earlier, stepped up and curled in a sublime free-kick over the wall and into the top left corner of goalkeeper Rob Elliot's net.

Elliot, in for the injured Tim Krul, was also beaten moments before half-time, only to be saved by the foot of the post when Hernandez side-footed against the woodwork.

But Mata made it 2-0 soon after the re-start, even if he should never have had the chance.

Newcastle captain Fabricio Coloccini chested a long punt from Lindegaard towards Haidara. Both players left it, Hernandez nipped in and ran at speed deep in to the box before rolling the ball in to the path of Mata.

The Spain midfielder side-stepped Coloccini before finishing calmly and smartly beyond Elliot.

And when Januzaj, a first-half substitute for the injured Young, played Shinji Kagawa through to the byline, the Japan international squared towards the six-yard box for Hernandez to make it 3-0.

There were another two fine saves from Lindegaard to deny Cisse before Januzaj finished things off at the end of a lovely move in stoppage-time. – AFP