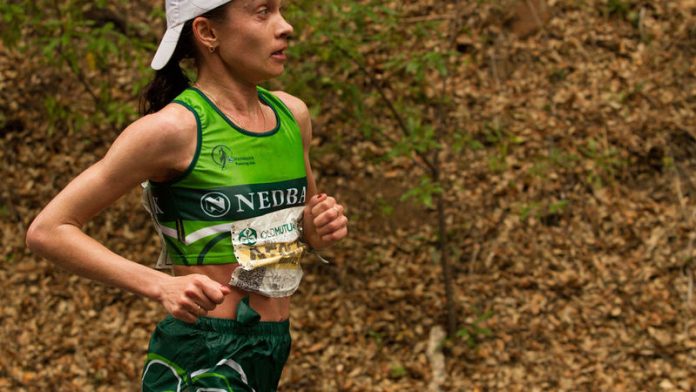 The R1-million prize offered by Old Mutual could give the winners the extra push they need to fly across the finish line in record time, she said in a statement on Tuesday.

Looking back on that day, Van der Merwe said she was surprised at how comfortable she felt, particularly in the latter stages of the race, and confirmed the bonus incentive of a new car had carried her to the record time.

"The car was enough to motivate me, so the R1-million bonus this year is an incredible incentive," she said. "It's going to attract very good marathon runners. It will take an athlete with natural speed to break the record."

She believed it would take an athlete, who could dip well under two-and-a-half hours in a 42km race to be able to challenge her Two Oceans mark. Russian athletes have dominated the women's race in recent years, led by twins Elena and Olesya Nurgalieva – who will be running again this year – but nobody has come within three minutes of the record.

With the cash incentive on offer, attracting top East African runners to the race this year, Van der Merwe said this is likely to be the year her record was finally broken. "There is a long recovery period needed after an ultra, so there hasn't been enough money on offer in the past to motivate the top standard marathon athletes to take part every year, but this year should be different," she said.

René Kalmer, the only South African woman to have dipped under 2:30 over 42km in the past 15 years, will line up at the Two Oceans Half Marathon again this year. However, she has no plans of stepping up in distance to ultra-marathons in the foreseeable future.

"Unfortunately there aren't any South African women who run ultra-marathons and have the necessary speed to break the record," Van der Merwe said. "I'll be sad if the record is broken because it's been 25 years and it's dear to me." – Sapa