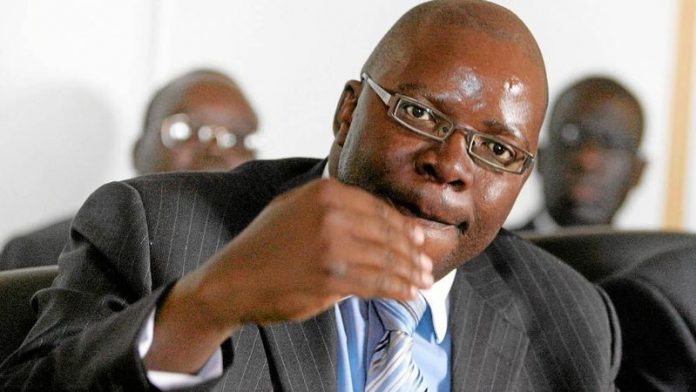 Officials in the Movement for Democratic Change led by Morgan Tsvangirai (MDC-T) who are pushing for leadership renewal in the party are engaged in talks with other opposition political figures including Welshman Ncube's MDC, civil society and churches to form a grand coalition against President Robert Mugabe and Zanu-PF ahead of the 2018 elections – but without Tsvangirai.

Tsvangirai is involved in a battle with some senior officials in the party who want leadership renewal. The officials, among them former deputy treasurer general Elton Mangoma, who has since been expelled from the party, accuse Tsvangirai of failing to provide effective leadership, which has led to the party performing dismally in past elections. Mangoma recently wrote two letters to Tsvangirai urging him to quit.

Senior officials from both camps told the Mail & Guardian that an informal understanding had been reached, although formal talks to establish the structure and the leadership of the coalition had not yet begun.

The coalition, the sources said, is in line with what MDC-T secretary general Tendai Biti suggested during a Southern African Political and Economic Series Trust in Harare last month. Biti, who is believed to be one of the officials pushing for leadership renewal in the party, suggested forming what he termed the United Democratic Front (UDF) to challenge Zanu-PF.

He said the UDF should recognise the ethos of the liberation struggle, focus on central strategic values and bear in mind that the struggle was not about individuals.

Officials close to Ncube confirmed that he is very keen on the coalition idea. Jacob Mafume, who is Mangoma's lawyer and spokesperson of the disgruntled MDC-T members who are calling themselves the "renewal team", confirmed talks were in progress. MDC spokesperson Nhlanhla Dube also confirmed the talks although he said they were not yet at a formal stage.

United front
Although Mafume did not reveal who was leading efforts to form the coalition, he said progress was being made and expressed confidence that a united movement could be formed.

"Engagements are taking place at various levels to form a grand coalition. The talks are taking place between various players in the opposition movement including Welshman Ncube. We would also want to incorporate other figures such as Mutumwa Mawere, Simba Makoni, Dumiso Dabengwa and others," he said.

"We believe, at the present moment, it's important to put our heads together and tackle Zanu-PF as a united front."

Asked about Tsvangirai's place in the coalition, he said: "We have tried all types of formulas with him and they have failed. We can't keep on doing the same things over and over again, so we have to try new things, hence the grand coalition."

Mafume, who was expelled from the MDC-T last week together with Mangoma, national council member Last Maengahama and youth secretary general Promise Mkwananzi, said MDC-T members were also being engaged to become part of the coalition.

Dube said conversations around a grand coalition have been in progress for some time, but had intensified in recent weeks.

He said his party went through a soul-searching process after last year's general elections, in which they fared badly, and decided that a coalition was the best way forward.

In what appeared to be remarks targeted at Tsvangirai, Dube said that his party wanted a coalition with people who valued principles of democracy. Tsvangirai had in the past invited the MDC to form a coalition but the party had refused, arguing he was showing dictatorial tendencies similar to those shown by Mugabe. Dube said the coalition should not be around "one person, who says he is the answer and therefore bigger than everyone else".

"The discussions have been there but they intensified after the elections. People have been meeting to exchange notes and ideas, on the way forward. We are generally agreed on the need for a coalition but we have not formalised talks yet," said Dube.

Tsvangirai's spokesperson Luke Tamborinyoka said he would not comment because the dispute is between the party and the "rebels" and not with Tsvangirai as the individual. The MDC-T spokesperson Douglas Mwonzora could not be reached for comment.

Ncube speaks out
In an interview with Voice of America last weekend Ncube said a coalition would be the best way of confronting Zanu-PF, but Tsvangirai could not lead it. He described Tsvangirai as a violent dictator.

"I have no doubt that if we are able to put forward a candidate as opposition, a candidate of a united front, that candidate would win the next election in Zimbabwe," he said.

"What matters is that candidate must be an undoubted democrat. I regret to say I do not classify Tsvangirai in that category."

An MDC-T national council member who is also part of the renewal team said Tsvangirai was afraid of a coalition, hence his move to invite opposition parties to join his party.

"I have no doubt that the move was meant to isolate Biti, whom he believes is behind the leadership renewal team. He doesn't want people to congregate around those calling for leadership renewal, but he will not be able to stop that from happening," said the official.

The M&G understands that the donor community also favours a coalition among Zimbabwe's political parties. In the run-up to last year's elections there was talk of a grand coalition to confront Zanu-PF, but talks collapsed because of personal differences between Tsvangirai and Ncube. Some officials in the MDC-T were pushing for the coalition but Tsvangirai, who has had an uneasy relationship with Ncube since he led a breakaway from the party in 2005, was not so keen.

Ncube was also not eager to work with Tsvangirai and accused him of siding with Mugabe during the inclusive government era. Tsvangirai then formed an alliance with Makoni and Zanu-Ndonga, whereas Ncube's party had a coalition with Dabengwa's Zapu, but the fragmented opposition all lost in the controversial elections.

"We have tried all types of formulas with him [Tsvangirai] and they have failed. We can't keep on doing the same things over and over again"