SCA rules some charges against Mdluli to be set aside 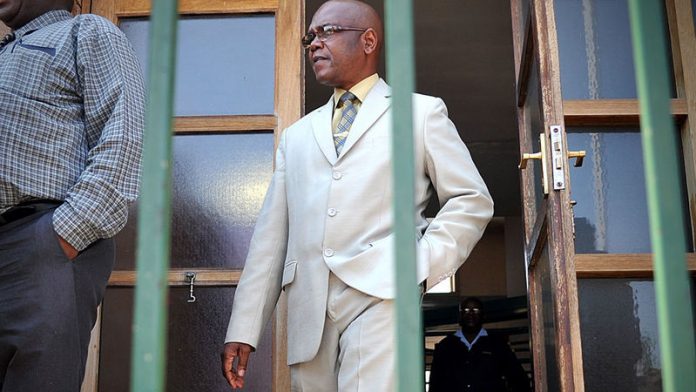 A high court ruling against the withdrawal of some charges against suspended police intelligence boss Richard Mdluli was upheld by the Supreme Court of Appeal (SCA) on Thursday.

The charges related to corruption and fraud, the SCA said in its ruling.

The SCA confirmed that the following executive decisions should be set aside:

It did not confirm the setting aside of the following executive decision:

Also, the SCA said it could not force the NPA to reinstate the charges without delay.

"The SCA did not confirm the high court's orders to proceed with the criminal prosecution and the disciplinary proceedings without delay because, so the SCA held, this would constitute undue interference with the functions of the executive and a transgression of the separation of powers."

Freedom Under Law (FUL) sought an order in the high court of Pretoria to set aside four executive decisions – a decision by the head of the Specialised Commercial Crime Unit.

Mdluli was suspended amid charges of fraud and corruption, and charges relating to the murder of his ex-lover's husband Oupa Ramogibe in February 1999.

He was suspended, but the fraud and corruption charges were withdrawn on December 14 2011.

Mdluli was reinstated as head of crime intelligence in March 2012.

The NPA provisionally withdrew the murder charges in April that year, pending an inquest into the matter.

In May 2012, Police Minister Nathi Mthethwa announced that Mdluli was being moved from crime intelligence to the office of the deputy national police commissioner for operations. Later that month, Mdluli was suspended a second time for allegations that emerged from the inquest into Ramogibe's murder.

In November 2012, the inquest cleared him of any involvement in the murder.

On the murder charges, Mdluli was initially accused of involvement in a decade-old love triangle murder. He and three others were accused of killing Ramogibe, and faced charges including intimidation, kidnapping, assault with intent to do grievous bodily harm, murder, attempted murder, and conspiracy to commit murder.

Ramogibe allegedly received death threats after marrying Mdluli's ex-lover and was told to leave her or he would be killed. He had opened an attempted murder case before his death.

Mdluli, who was the station commissioner at the Vosloorus police station in Boksburg, east of Johannesburg, at the time, was accused of sabotaging the investigation. – Sapa