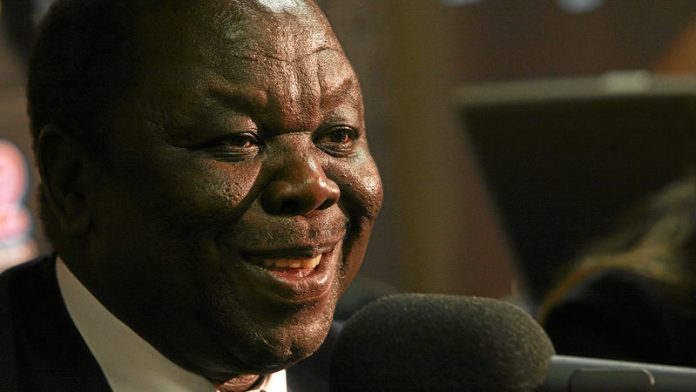 The group led by Tendai Biti, secretary-general of the Movement for Democratic Change (MDC), accused Tsvangirai and his lieutenants of resisting a leadership change after losing a third general election to Mugabe last July and of using violence against internal challengers.

The turmoil among his political rivals is a gift to the 90-year-old Mugabe, Africa's oldest leader, who has ruled Zimbabwe since independence in 1980 despite frequent Western criticism over human rights and accusations of economic mismanagement.

In a statement after a day-long meeting, Biti's faction said Tsvangirai and his deputy Thokozani Khupe had been suspended for deviating from democracy and failing to effectively tackle Mugabe.

"The MDC as we know it has abandoned its original founding values and principles," it said. "The party has been hijacked by a dangerous fascist clique bent on destroying the same and totally working against the working people of Zimbabwe.”

Tsvangirai's faction immediately dismissed the move as unconstitutional and meaningless.

Tsvangirai has resisted pressure to quit after a devastating election defeat last year which he says was rigged by Mugabe's supporters, and analysts predict the party will break apart.

The 62-year-old Tsvangirai has led the MDC since its formation in 1999, when the former trade unionist emerged as the biggest threat to Mugabe.

But he has failed to dislodge his rival in three presidential polls, which his MDC and many Western observers say were neither free or fair.

While accusing Mugabe's Zanu-PF of using violence and vote-rigging to retain power, some senior MDC officials also say Tsvangirai has become bogged down by sex scandals and failed to adopt the right tactics to win power.

An ally of Biti, Elton Mangoma, ignited debate over Tsvangirai with an open letter early this year calling on him to step down as party president.

He said Tsvangirai could no longer drive a reform agenda for Zimbabwe, having failed to do so in the four years he served as prime minister and shared executive powers with Mugabe. Their unity government ended last year, since when Zanu-PF has again ruled alone.

Analysts say Tsvangirai's MDC critics have so far failed convince the party's national executive to hold an early congress before one scheduled for 2016. They have also struggled to persuade ordinary members that Tsvangirai is to blame for the MDC's poll losses. – Reuters