Buthelezi: No free and fair elections in SA 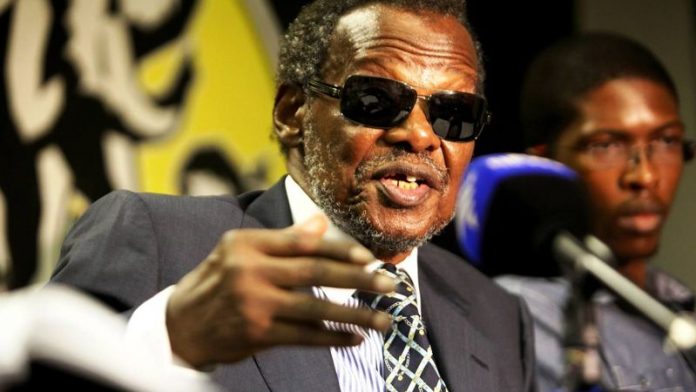 Inkatha Freedom Party (IFP) leader, Mangosuthu Buthelezi, hotly denies that his party is a spent force, and argues that there has never been a fair election in post-apartheid South Africa.

With less than a week to the national elections, Buthelezi has kicked his campaign machinery into high gear, checking in on former strongholds such as Lindelani, north of Durban, and Glebelands hostel in Umlazi. He has also visited students at the University of Zululand  and the University of the Free State’s QwaQwa campus where the IFP’s student wing Sadesmo runs the student representative council.

Buthelezi has been emphasising his role in educating South Africa’s younger generation during the struggle, perhaps as his way of appealing to the youth vote. In support of his contention that the IFP is still going concern, he told the Mail & Guardian in an interview that the party had put in a strong showing in several wards in the local government elections, emphatically taking wards such as ward 39 in KwaMashu, where most support comes from the hostels.

“Money is the milk of politics. Without resources you can’t succeed,” he said from his suite at the Edward Hotel on the Durban beachfront. “I don’t have the kind of money the ruling party has. I don’t have the kind of money that the DA has. To be strong you need to have offices to communicate, to employ people to organise and so forth. In addition, even if I had access to state resources I have no inclination to use them for political purposes.”

Buthelezi, said April 27 1994 was a defining moment in his political career. He, however, believes that there has never been a free and fair poll in South Africa. “In 1994, when boxes in voting stations were carted to a centre, all over the valleys of this province, ballot boxes were found full of our votings,“ he said.

“More recently, there has been a situation here  and in several other places in the province where by-elections were frozen because people who don’t live in certain wards are actually bussed-in to boost the numbers of the ANC.”

Elections in Jozini, Abaqulusi and KwaMashu had all been postponed for that reason, he said. Such events meant that it was “simplistic and say your party is losing votes – one has to take into account their cumulative effect.”

Cordial relationsButhelezi denied claims that residents of the KwaMashu hostel were mostly blaming IFP members for intimidating residents and bussing in voters to achieve an emphatic victory. “That was the allegation in Vryheid (Abaqulusi municipality), only. It is not my policy or policy of the party. If there are people who have done that, then they are acting against party policy, because we’ve never had to resort to that.”

Buthelezi said he has cordial relations with members who have quit the party over the years. However from his utterances from podiums across the country and television interviews, one gets the distinct impression that such warmth is doesn’t extend to former IFP chairperson Zanele kaMagwaza-Msibi, who now leads rival party National Freedom Party (NFP). “I gave chapter and verse in Parliament of how the ANC lured her to do that. The ANC has had a problem with me since 1979 when there was a rupture in our relationship with Mr [Oliver] Tambo, with whom I had worked until that time.”

Buthelezi said Nelson Mandela was the only ANC leader to “admit” there had been an agenda to get rid of him. He quoted Mandela as saying: “We have used all sorts of ammunition to destroy him, but we have failed. He’s still there, we cannot ignore him, he’s a formidable survivor.”

“In fact when I paid tribute to [Mandela] after he passed away, I quoted that to show what a man of integrity he was,” he said.

Ubuntu-Botho
Asked about the calibre of leaders he sees when he stares across at the government benches in Parliament, Buthelezi said there was a major difference between the current situation and when the National Assembly was led by former presidents, Nelson Mandela and Thabo Mbeki.  Buthelezi was home affairs minister during Mandela’s incumbent.

“The quality of debate also was very high. Today I think the standard has gone down very much. While heckling is allowed in Parliament, the young people in the ruling party intimidate people, because they literally shout them down,” he said.

Buthelezi attributed this to a “culture of ungovernability cultivated by the ruling party during the anti-apartheid struggle”.

“When I was a chief minister of KwaZulu [the former homeland], we had a subject called citizenship, Ubuntu-Botho, where young people were taught … how to be good citizens. We taught them the history of the country, the founding of the ANC, the PAC. Later, when the ANC took over, they said it was just IFP propaganda. But in fact we produced very good citizens.”

In a recent article on the website politicsweb, ANC media liaison officer Bongani Tembe described Ubuntu-Botho as a “calculated move to indoctrinate young people with IFP policies, thus drifting them away from the ANC-led liberation struggle.”

Perhaps what riles Buthelezi most is the suggestion that history will remember him as a warlord who conspired with the apartheid government to disrupt the road to democratic elections. “The reason that I was vilified and called a traitor was because I stuck to the ideas of the ANC as propounded by the founding fathers in 1912,” he said, his voice bearing traces of indignation. “

“Even the truth commission tried to say that I, in my representative capacity [was involved], because I was chief minister of KwaZulu, in charge of the KwaZulu Police, and leader of Inkatha, while and some Inkatha members got involved in some of the violence. But it takes two to tango. The fact that the media propaganda tries to make them [the ANC] come out whiter than driven snow, does not make it factual.”

Buthelezi said he is now playing a caretaker role in the IFP, to “guide new leadership as it comes in” and that he is not “clinging to power as people like to say”.

Fourteen days of quarantine in a Centurion hotel may be tedious, but for Kate Bartlett, there are plenty of laughs with new friends
Read more
Opinion

As Gauteng braces itself for its Covid-19 peak, the provincial government says it is knuckling down to deal with ‘shameful’ corruption allegations
Read more
Advertising
Continue to the category
Education