Chiefs bounce back to beat Lions 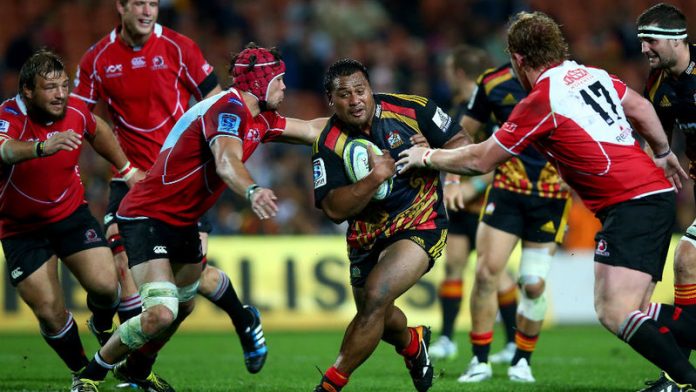 The bonus point win, the Chiefs first victory in six weeks, came after coach Dave Rennie made 14 changes to his matchday squad thrashed last week by the ACT Brumbies.

That defeat followed losses against the Canterbury Crusaders and Western Force along with draws against the Northern Bulls and Central Cheetahs as the Chiefs saw their season begin to disintegrate.

However, although back on the winning side of the ledger with a six-try victory it was not a complete performance from the Chiefs who enjoyed a golden period in the lead up to half time but otherwise struggled to breach the Lions defence.

But it was the fact they had rediscovered their winning formula rather than the manner in which they produced it that most impressed Chiefs captain Liam Messam.

“I’m proud of the way the boys bounced back. We had our backs against the wall and they came out here and performed. It’s probably not the flashiest performance but it’s a win,” he said.

It was the Lions who led 3-0 after the opening 20 minutes, before the Chiefs received an injection of confidence with their opening try by Gareth Anscombe.

After a try by new hooker Nathan Harris was disallowed because of an off-the-ball obstruction the Chiefs closed out the half with tries to Tanerau Latimer and Charlie Ngatai in quick succession.

Prop Pauliasi Manu produced the crucial fourth try immediately after the resumption when he bullocked his way through the Lions defence from close range.

With the bonus point in the bag the Chiefs went off the boil allowing the Lions to strike back immediately with a try to Courtnall Skosan.

It was to be another 30 before the Chiefs were able to score again with Bundee Aki and Tim Nanai-Williams both crossing in the closing minutes.

There has been a constant narrative that aims to reduce you to an ex-wife of a former head of state. This is factual, but in mainstream media there seems to be no other description of you
Read more
Advertising
Continue to the category
Africa