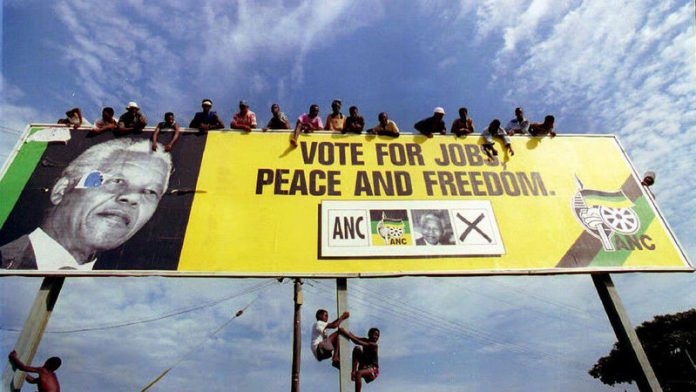 Pollsters Ipsos on Friday predicted that the ANC will garner around 63% of the vote.

While comprehensive that would be just short of the two thirds majority needed to change the Constitution and a slight drop from the 65.9% won in 2009.

“There is no doubt about which party will win the election,” Ipsos said, releasing its final poll before the May 7 vote.

“However, this is still the most hotly contested election since 1994.”

Ipsos – which polled 3 730 people in February and March – said that in some provinces the ANC would see its lead eroded.

Ipsos predicted the opposition Democratic Alliance would get 22% of the vote, up nearly six percentage points from the last election and would retain control of the Western Cape.

The party is also seen doing well in Gauteng – which includes Johannesburg and Pretoria – and the Northern Cape getting more than 25% in each. – Sapa-AFP