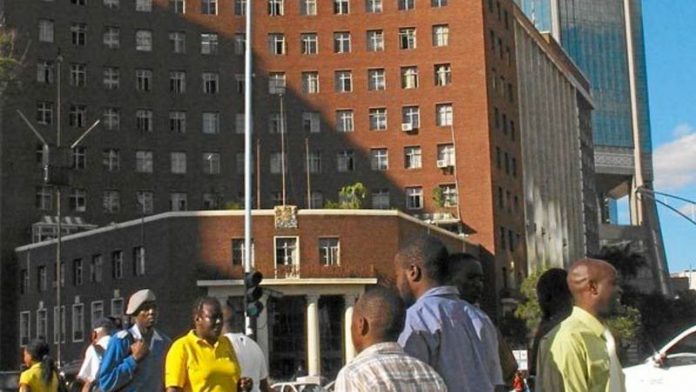 Zimbabwe needs to repair damaged relations with European nations and the United States to accelerate its economic development, according to a report by Chatham House.

“Engagement with the Zimbabwe government is pivotal,” according to the study, titled Zimbabwe’s International Re- engagement: The Long Haul to Recovery, published on Wednesday. “Such engagement should be thoughtful, cautious and not uncritical.” The US and European governments are considering the pace at which ties should be “normalised,” the London- based research institute said in the report.

The election victory of President Robert Mugabe’s Zimbabwe African National Union-Patriotic Front last year has largely been accepted by the international community, it said. “Some believe meaningful change will not occur in Zimbabwe until the 90-year-old president no longer governs,” the report said.

Violent seizures of white-owned commercial farms caused the economy to shrink 40% from 2000 to 2008 and led to accusations of human rights abuses and sanctions by foreign governments. While the European Union and US have relaxed some sanctions on Zanu-PF members and businesspeople associated with the party, restrictions on Mugabe and his wife remain.

The southern African nation abandoned its national currency in 2009 in favor of the dollar, South African rand and three other currencies to stem record inflation that the International Monetary Fund estimates accelerated to as much as 500-billion percent. The economy is forecast by the IMF to expand 4.2% this year and 4.5% next year.

Zimbabwean Finance Minister Patrick Chinamasa is monitoring the risk of deflation accelerating as the the economy struggles to expand amid declining consumer spending.

“We’re looking for mutually beneficial economic relationships, not confrontation,” Chinamasa said on May 6. “We’re too small a country to seek confrontation.” – Bloomberg