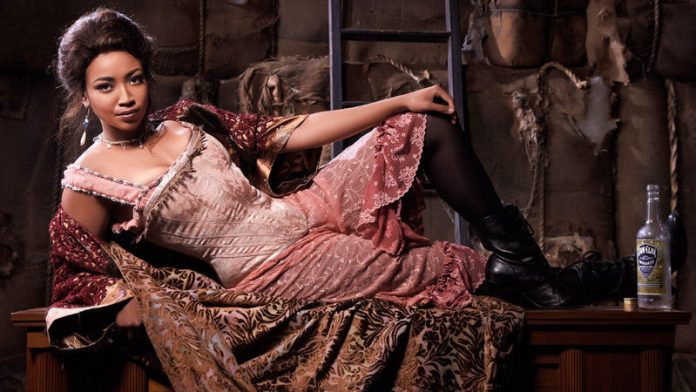 Ever since the Cape Town Opera (CTO) began taking its productions to Europe for part of the year, in an effort to earn euros and keep afloat financially, it has found itself on the receiving end of criticism – in particular from people it approaches for funding who don’t want their money supporting overseas shows.

What bitter irony. Perhaps it’s time to set the record straight. The opera’s roster of overseas productions not only funds 35% of the company’s annual turnover, but also showcases its young singers. It encourages them to up their game and puts their stunning South African voices on the world map.

Just one example is internationally acclaimed soprano Pretty Yende, who fell on her face as she walked on to New York’s Met stage last year, but still got a standing ovation.

Thanks to the government’s refusal to increase funding for the arts, with the support of the National Lottery a dubious on-off business, the CTO receives less than 5% of its total annual budget from national sources.

This is in spite of all the jobs it provides for underprivileged communities. It’s the only institution in South Africa that employs opera singers while they’re in training, working closely with the University of Cape Town’s Opera School.

Denied access
Predictably, controversy has reared its head more than once around the CTO’s tours. Desmond Tutu was one of those who objected to the opera’s production of Porgy and Bess touring Israel a few years ago, on the grounds that it smacked of apartheid, as Palestinians were denied access. The tour went ahead, but there are no more Israeli plans in the pipeline.

Embattled as it is, the CTO still manages to produce world-class voices. It’s currently home to the best chorus in the world, last year beating 1 500 nominations from 40 countries for the title at the International Opera Awards in London.

Its singers are in demand all over Europe. Pumeza Matshikiza is with the Stuttgart State Opera in Germany. Nozuko Teto got a scholarship to study with renowned diva Mirella Freni in Italy; she has sung in opera houses all over Europe. Nkosazana Dimande is studying in Sweden and performing regularly on European stages. Kimmy Skota tours the world with Dutch violinist André Rieu.

Two of the sell-out CTO productions seen by European audiences this year were the opera’s inspired folk opera The Mandela Trilogy and an electrifying Porgy and Bess set in an apartheid-era Soweto. Showboat has had standing ovations in Paris, Nuremberg, Oslo and Malmö, and tours the United Kingdom after its Artscape performances this weekend.

You might wonder how, in two decades of the new democracy, a huge pool of black South African operatic talent has arisen seemingly from nowhere, triumphing in an alien art form that symbolises the white elitist culture of the previous regime.

“Alien? Not at all!” says Michael Williams, CTO’s managing director. “Singing stories are a strong part of African life, unlike the white culture. There’s a whole repertoire of music that accompanies black people from the cradle to the grave. A song for when you’re born. When you first walk. Your first date. When you get married. When you die.

“These are kids who all sing in a choir at some point. Opera is simply the next step. They start to want to break through into the operatic world that is so much more challenging. They start identifying with opera’s heroines. In their communities, people know what it is to be stabbed to death like Carmen or threatened with rape like Tosca.

“Opera was not elitist initially. It was the cinema of the day, a popular art form translating human passions into music, and often dealing with contentious subjects. Corruption in Rigoletto. Prostitution in La Traviata. Opera only became elitist much later when it became expensive.”

Every year the CTO makes a 4 000km odyssey all over the country, putting on performances and workshops that are like vocal boot camps, in which young wannabe opera singers are put through their paces in all the basics of good vocal production. Some travel many kilometres from remote areas to hone their skills for the prestigious South African Schools’ Choral Eisteddfod contest – and to be discovered.

“We had this Northern Cape teenager arrive in her little school uniform,” says Williams, “and stand there singing a note-perfect Queen of the Night aria from Mozart’s Magic Flute. “It turned out she had heard it during one of our concerts two years previously. She then listened to the CD over and over till she could do it perfectly – easily, it seemed as if it were a pop song. These kids are determined to rise to the challenge.”