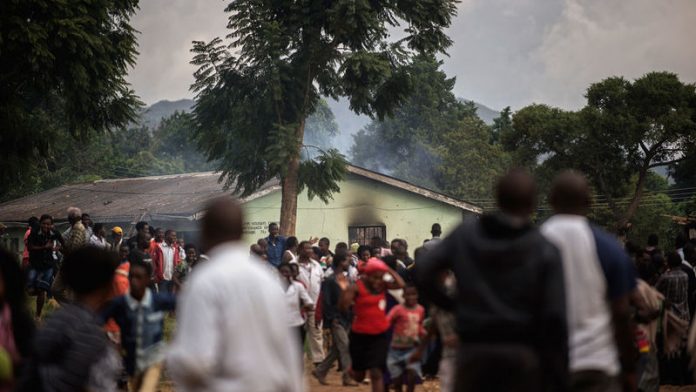 Incumbent President Joyce Banda, southern Africa’s first female head of state, faces 11 challengers, some of whom had already cried foul in the election run-up, saying they had unearthed plots to skew the ballot.

Foreign diplomats say they have seen no credible evidence of vote-rigging, but delays and other difficulties are likely to fuel urban distrust of Banda and her government after a recent $15-million corruption scandal.

“There’s no ink. We’re still waiting for the consignment,” one election official told a frustrated crowd waiting for hours to vote at a Blantyre school.

At another polling station in Blantyre, an angry crowd torched election materials when they arrived hours late and in other constituencies they blocked roads with rocks before the military arrived to back up police.

Banda: Keep calm
In the absence of reliable opinion polls, most analysts rank People’s Party leader Banda as favourite because of her popularity in rural areas where she has been rolling out development projects and farm subsidies.

After casting her ballot in the southern village of Malemia, Banda urged all sides to keep calm.

“I’m thankful that the campaign period was peaceful and am urging all Malawians to vote peacefully today without any incident or loss of life,” she told reporters.

Banda came to power in the landlocked, impoverished nation two years ago after her predecessor, Bingu wa Mutharika, died in office.

She initially enjoyed huge goodwill from the many who hated Mutharika’s autocratic style, and won the backing of foreign donors and the International Monetary Fund when she pushed through austerity measures, including a sharp devaluation of the kwacha, to stabilise the farming-dependent economy.

Cashgate
But more recently her administration’s reputation has been hit by a $15-million graft scandal, dubbed Cashgate after the discovery of large amounts of money in the car of a senior government official.

More than 80 people have been arrested and a former Cabinet minister has been dismissed and put on trial for money laundering and attempted murder.

But urban voters have criticised Banda’s response as ponderous and relations with donors have soured.

Banda’s main challenger is Lazarus Chakwera, an evangelical pastor who retired from the church last year to lead the Malawi Congress Party, the rejuvenated party of the late Hastings Banda, who ran the former British colony with an iron fist in its first three decades of independence.

Mutharika’s younger brother Peter is also running as the head of the Democratic Progressive Party. Another prominent contender is Atupele Muluzi, son of former president Bakili Muluzi, who took over from Hastings Banda in 1994. – Reuters

The secrets behind the success of Malawi’s opposition coalition