Europe votes on ‘Super Sunday’ with far-right in focus 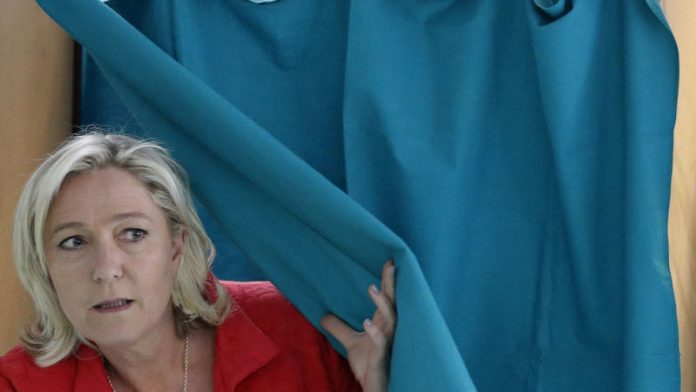 European elections culminate on “Super Sunday” when the remainder of the EU’s 28 countries go to the polls, with the vote expected to confirm the dominance of pro-European Union centrists despite a rise in support for the far-right and left.

Germany, France, Spain, Italy and Poland are among the major EU member states voting on Sunday, representing the bulk of the 388-million Europeans eligible to cast ballots and elect the 751 deputies to sit in the European Parliament from 2014-2019.

After years of economic crisis, rising unemployment and poor growth, many Europeans have come to question the wisdom of ever-closer EU integration and are expected to vote for Eurosceptic parties on the right or left that promise radical change.

Opinion polls suggest at least a quarter of seats in the Parliament will go to anti-EU or protest groups, but at least 70% will remain with the four mainstream, pro-EU blocs: the centre-left, centre-right, liberals and Greens.

Some of the earliest polls opened in Greece, where voting is compulsory. The last ballots will be cast in Italy, where polls will remain open until 9pm GMT.

Turnout – the most basic measure of citizens’ engagement with Europe – is expected to fall again, dropping to just over 40%, marginally down from 43% in 2009. That would continue the trend of declining participation at every European election since the first direct poll was held in 1979.

While expectations ahead of the vote were that far-right groups would record historic victories in countries such as France, the Netherlands and Britain, exit polls from the Netherlands, which voted on Thursday, were a surprise.

Geert Wilders’ anti-EU and anti-Islam Freedom Party came fourth rather than first, according to exit polls from Ipsos, with the majority voting for pro-EU parties. That has left centrists hopeful.

“At the end of the campaign, and after reflection, the Dutch have drawn the conclusion that the European Union means strength and extreme nationalism is a danger,” said Guy Verhofstadt, the leader of the liberal alliance and a former prime minister of Belgium whose group may win up to 70 seats.

“On Sunday, the only alternative is to vote for candidates with strong liberal and democratic values.”

The European Parliament has said it will announce preliminary results shortly after 9pm GMT on Sunday, although officials caution that Italy’s decision to keep polls open until the same time may well delay any announcement.

Final results and the precise allotment of seats in Parliament is expected to be announced by the end of Monday.

As well as determining the makeup of the next European Parliament, these elections will for the first time influence who becomes president of the European Commission, a powerful role overseeing pan-EU legislation.

Each of the main party groups in Europe has nominated a “Spitzenkandidat” – German for a leading candidate or frontrunner – who will be their nominee for commission president if that group should win the election.

Polls are predicting that the centre-right European People’s Party (EPP) will secure around 220 seats, putting it 15 to 20 seats ahead of the centre-left Socialists & Democrats.

But it is far from an open and shut case. The Socialists & Democrats may well get support from other parties on the left and claim they have a broader mandate for their frontrunner, Germany’s Martin Schulz, the current Parliament president.

Ultimately, it is up to EU heads of state and government to nominate a candidate for the commission post, which must then be approved by a simple majority in Parliament.

While the “Spitzenkandidat” process has increased the pressure on EU leaders to choose the candidate from the party that wins the most seats, they may have to look elsewhere for a nominee. Britain is staunchly opposed to either Juncker or Schulz, and other member states have expressed reservations.

Parliament leaders will meet on the morning of May 27 to discuss the election results and the commission presidency, and EU leaders will do the same at a summit on the evening of the same day. But it is expected to take several weeks before leaders decide on a name to put to a parliamentary vote. – Reuters