​Propaganda ministry is a go – without Mac 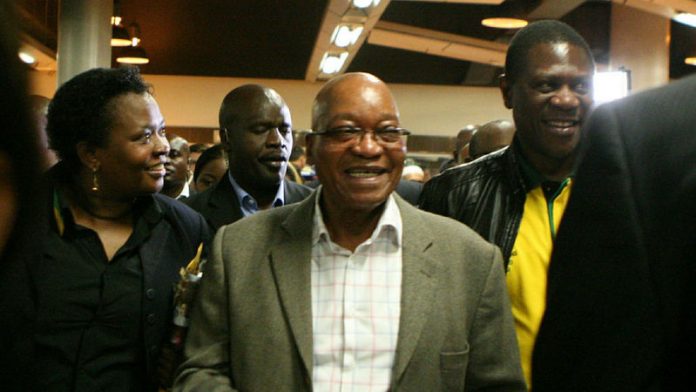 The whispers that started weeks ago were wrong, as they so often are: presidential spokesperson Mac Maharaj will not be the minister for propaganda after all.

But what President Jacob Zuma did announce on Sunday still has all the makings of a ministry for information, replete with overtones of spin and advocacy, but headed by the relatively unknown (to date) Faith Muthambi.

The new ministry, officially to be known as the ministry of communications, had an auspicious start, depending on how you interpret its function, just with the name it was given.

Zuma described the new communications ministry as responsible for “overarching communication policy and strategy, information dissemination, and publicity as well as the branding of the country abroad”.

The makeup of the ministry’s responsibilities, however, makes it clear the definition of “overarching communication policy” is more propaganda than cellphones and internet. Under new communications, Zuma said, will fall the Government Communications and Information System (GCIS), the body that issues government press releases; Brand SA, the organisation that markets South Africa abroad; the Media Development and Diversity Agency, which helps establish and keeps afloat mostly community radio stations; and the SABC, the public broadcaster accused with monotonous regularity of actually being a state broadcaster.

Lower fees
Also under the aegis of new communications, Zuma said, would be the Independent Communications Authority of South Africa (Icasa) – and that immediately had some in the internet and cellphone fields worried.

Icasa is responsible for regulating television and radio stations, and enforcing everything from local music quotas to periods during which sex and nudity may be shown on TV. But it is also the body pushing for lower interconnect rates between cellphone companies and trying to encourage the rollout of more broadband connections, because – during a previous administration – it was decided that communications technology is converging, and therefore communications regulation should also converge.

On Sunday night, those in industries controlled by Icasa were still digesting the news that their regulator would not answer to the reestablished ministry of post and telecommunications, and were privately worried.

“We sometimes joke that nobody actually knows what Icasa does, but you’d hope the president would think that [cellphone] number portability should fall under telecoms, not information,” said the head of one communications group.

The Mail & Guardian reported in early May that Zuma was rumoured to be considering an information ministry based on Zimbabwean, Chinese and Russian models, with the intent to re-image his administration and leave behind a legacy not defined by scandals.

At the time, Maharaj was considered the preferred candidate for the job, but he mocked the suggestion.

‘People’s hunger for developmental information’
Muthambi, who would be heading the new communications ministry, most recently came to public attention as one of seven members of Parliament appointed by the ANC to the ad hoc committee formed to consider public protector Thuli Madonsela’s report on controversial upgrades to Zuma’s rural homestead at Nkandla.

In a 2013 speech on the budget vote for the GCIS, Muthambi expressed how thrilled she was at the management of the state communications arm and its work in feeding “people’s hunger for developmental information”.

Then she laid into the media.

The ANC, Muthambi said, could not turn a blind eye to the lies and disinformation spread, via the media, by “those who are opposed to our strategic objective of creating a non-racial, non-sexist, prosperous and democratic society”.