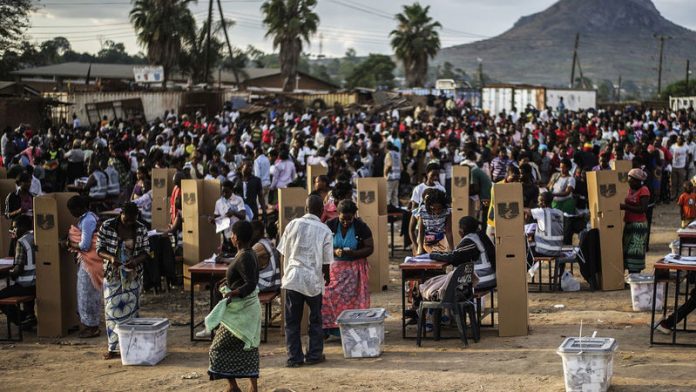 Conceding defeat, Banda congratulated Mutharika for his “victory in a closely contested election” and said she was “leaving office a happy person,” according to a statement.

Banda, the country’s first female president, came to power in 2012 after the death of Bingu wa Mutharika, the elder brother of Peter Mutharika.

The electoral commission said Friday that Mutharika took 36.4% of the votes cast against Banda’s 20.2%.

The results were announced minutes after the high court refused a last-ditch attempt to block their release and allow time for a recount.

The results showed that Banda was beaten into third place by Lazarus Chakwera of the Malawi Congress Party (MCP), who garnered 27.8% of the vote.

Party spokesperson Jessie Kabwila said the MCP, which had made the bid for a recount, would challenge the results in court.

But Banda urged the country to throw its weight behind Mutharika.

She said she wanted “to urge all Malawians to support the newly-elected president professor Mutharika and his government as they take on this foundation of progress and endeavour to develop Malawi even further.”

Banda described the elections as “tense” but added Malawians should move forward “as one nation, to remain united, to uphold the rule of law, and continue being peaceful and calm as we head into the next 50 years of Malawi’s future.” – Sapa-AFP