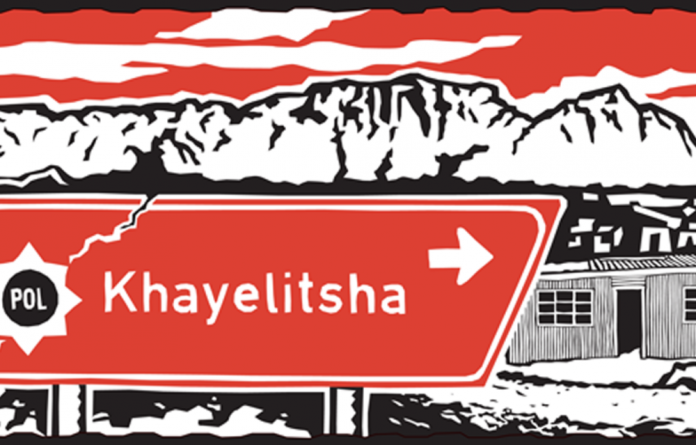 For at least a few weeks in February, if you had taken the Spine Road turn-off to get to the hall on Lookout Hill, where the O’Regan-Pikoli commission of inquiry into policing in Khayelitsha was hearing testimony, you might have noticed the graffiti.

When I drove there for the second round of hearings, two months later, the graffiti had been covered in grey paint, the shacks and the shithouses now speaking for themselves.

It is an apt tone-setter for a commission that has to decide responsibility for a community safety crisis that spans the results of inequality and unemployment, dysfunction in the police and furious ass-covering by feuding government departments. This has been a Sisyphean task: 36 days of public sittings, 500 dockets, 50 experts and more than 200 affidavits later, final arguments were heard last week. The commission, at least, has put on public record the harrowing reality of crime and violence in one working-class neighbourhood, and the dysfunction in the criminal justice system to address it.

The South African Police Service (SAPS) has had a fraught relationship with the commission since its inception. The police minister did his best to prevent it from coming into being, taking the battle to the Constitutional Court. Then, in an apparent about-turn, once the commission became a reality, police officials seemingly co-operated fully with the proceedings. The SAPS placed internal police reports on the public record on an unprecedented scale in democratic South Africa.

Provincial commissioner General Arno Lamoer stated in his testimony that he welcomed any outcome that would improve police performance, and raised the possibility of a formal apology for police misconduct.

Of little concern
But the police’s true attitude has been much harder to divine. At the hearings, their legal defence was often resigned or ambivalent, as if the proceedings were of little concern. Their legal team regularly submitted documents late and it often seemed they had not briefed their witnesses. Officers who took the stand admitted and apologised for specific transgressions, but largely refused to generalise or to admit to any systemic problems.

Their final argument meanders over 104 pages that wholly deny the allegations of widespread inefficiency in policing Khayelitsha and that there has been a systemic breakdown in their relationship with the community. It also maintains that the responsibility for the problems experienced there lie with so many stakeholders, and particularly those charged with service delivery, that the police cannot be singled out, though they do suggest a cross-departmental imbizo to thrash it out.

On a Saturday night in April, I went with two detective constables from the Site B police station in the township while they patrolled the streets and pursued suspects and leads in new cases (not including serious and violent crimes). A few hours is not enough to claim understanding but I was surprised by how many of the arguments raised in the commission were acted out.

The cases they attended to included a failed attempt to arrest a man being charged with domestic violence by his ex-girlfriend, a woman being arrested for common assault for scratching the face of relative in a fight, a woman whose phone had been stolen by her friend when she asked her to hold it while she carried her baby, and providing back-up at a house where a young man had attacked his parents’ possessions with a hammer, including breaking the windows. He wept pathetically as he was handcuffed; his mother shook her head. Everyone knew the person they were laying a charge against.

Twice we spotted what looked like criminal activity at the roadside – an assault and the flight of some young bag-snatchers – and halted to deal with it. But then the police watched as the suspects disappeared into the informal settlements, not even trying to give chase among the shacks.

The constables’ assessment of the drivers of crime in Khayelitsha were almost identical to those laid out by experts and wider civil society, though simplified: the frustrations of not having a job, high-density living in a degrading environment, doused in alcohol and placed near the flame of your neighbour’s frustration every Friday and Saturday night.

By 9.30pm, a stream of drunk young men with their arms twisted behind their backs were being strong-armed to the holding cells.

Most crime in such places is “social-contact crime”, which is classed as “less policeable” by Chris de Kock, a retired SAPS major and crime intelligence expert. It is also driven, as the constables point out, by unemployment, poverty, domestic violence and substance abuse. Prevention requires social and economic transformation or sensitive forays into the private sphere, which the police are not geared for.

The conditions in informal settlements pose serious challenges to the pursuit of suspects and responding to urgent calls for help.

Police reactions
But what is ultimately most important to understand about the complaints is how few had to do with a failure to prevent crime. They were mostly about the police reactions to crime, particularly the conduct of investigations, and the police’s treatment of the public.

The complaints are about your brother, husband or cousin being murdered, and never hearing again from the detective who takes your statement; the rape case that could not be opened because the perpetrator was a husband, because the victim was drunk, because the family violence, child abuse and sexual offences officer was on leave, the detective was not able to be contacted, or because someone in charge was in a bad mood.

The testimony was about victims not being notified that their attackers are being released, and not being assisted when they are then threatened or taunted by them. It was about issues with police investigations that have little do with lighting or roads: that the police do not collect evidence the community tells them about. Collectively, it is about people feeling they are treated as though they and their tragedies do not matter.

As the complainant organisations have taken pains to point out, the allegation that the relationship between the community and the police has broken down is really a question of trust. Mistrust can be aroused by just one bad experience, but is much harder to dispel. It does not have to be one’s own experience, and it can linger for years. Thus, over time, it accumulates. People do not wear mistrust openly. That they will make jokes with police officers, that they will call for help, that the charge office is full on a Saturday night – these are not evidence of faith.

The police’s reading of this is that cases are opened and complaints are laid, which indicates trust. This is superficial and perhaps unsurprising. The relationship between the police and the public has changed over time but it has always been difficult. It has perhaps never “worked” in a way that would provide a basis for characterising dysfunction. And, if the testimony given at the commission is anything to go by, the police register these things as atomised events, not as social phenomena.

What might go some way towards rebuilding faith would be a real acknowledgement of the status quo. Lamoer’s offer of an apology is nice but the closing arguments presented by the SAPS legal team make it hard to believe this will be substantial. Interviews with mid- and high-ranking police officers who did not want to be named indicate that the commission is largely viewed as a scapegoating exercise that will soon pass.

If there are police officers who dissent from this view, we are unlikely to hear from them. As described by Gareth Newnham of the Institute for Security Studies, our police culture construes internal self-reflection as being “anti-police”.

This city works for a few. Remember Marikana. Cape Town and the country at large hardly need more alienation. The findings of the commission, when they are released, will offer many parties an opportunity to take responsibility. Let’s hope they use it.

Simone Haysom is an independent researcher and writer