How to spot a fake Samsung Galaxy S4 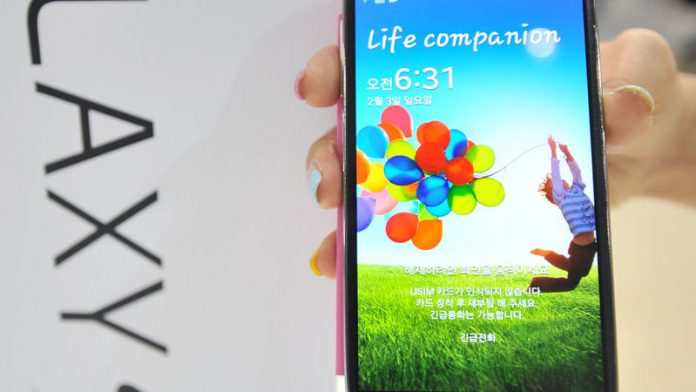 Can you spot the difference between a real Samsung Galaxy S4 and a fake one?

A friend brought me their Samsung Galaxy S4 phone as they were having some issues with the device. Upon inspection of the phone, I immediately knew that it was a fake as I had an original with me. Scammers have become masters at fooling the public into purchasing knockoff counterfeit devices.

Unwanted gifts or upgrades
“Unwanted gifts”, “unwanted birthday presents” or “unwanted upgrades” would be the typical headlines that scammers use on free classifieds websites to sell their devices as they hide among the legitimate sellers of unwanted devices (and there are plenty of those). The ad would typically include a picture of the phone and its box with the charger, headphones and any accessories. The box is the convincer, to the part that visually convinces the prospective buyer that the phone is not stolen, but an actual upgrade as that is the only explanation of why the seller would have the box. Unfortunately when you don’t know what to look for and especially when it is the first time you are seeing a new operating system, then it’s easy to fall victim.

Everyone except the scammer suffers
Fake phones are a no-win situation and are a major problem facing mobile manufacturers. Fake phones are not the “grey” imported phones which are legitimate products just purchased overseas and not bought through local supply channels. These are phones that are dressed up to look exactly like the real branded phones and sold with the aim of conning the public into parting with their money. When these fake devices fail, the unsuspecting buyer is very quick to jump onto social media and aim their frustrations at the brand.

While a cheap phone sounds like a bargain, it can turn out to be very expensive. Not only can the device have software installed that will steal your info but the software could subscribe you to premium services that are billed to your account costing your thousands.

There is no assurance of the quality of the device nor its battery and therefore you run the real risk of holding a device to your head that could literally explode. If you leave the device in the wall charger overnight, the device could heat up and cause a fire. You simply don’t know.

Don’t be a victim
So that no one falls victim to these scammers, check out this video where I compare the fake Galaxy S4 phone to the real Samsung Galaxy S4 phone. The differences become obvious quickly. – Gadget.co.za

Liron Segev is also known as The Techie Guy. You can read his blog here or follow him on Twitter on @Liron_Segev

An Apple groupie goes up against a Samsung fanboy to debate the release of the new Samsung S IV.
Read more
Sci-tech

Samsung raises the stakes even higher with S IV

With the launch of the Samsung Galaxy S IV this week, it will be easy to forget the massive presence of the company’s other devices.
Read more
Advertising