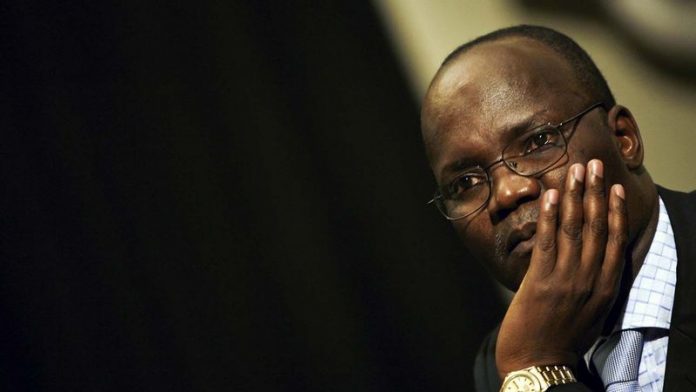 “Don’t plant seeds of division,” Mugabe said at a funeral for a stalwart of the ruling ZANU-PF party, apparently addressing Jonathan Moyo, whom he re-appointed last year.

The new broadside came after Mugabe late Friday labelled Moyo “the devil incarnate”, accusing him of firing editors at state-owned newspapers who were loyal to Zanu-PF and replacing them with opposition sympathisers.

“You have our minister of information wanting to put people one against another,” Mugabe told mourners at a wake for Nathan Shamuyarira, a key figure in Zimbabwe’s independence struggle who died on Wednesday aged 85.

Mugabe, 90, said Moyo was using his influence over the state media to attack enemies within Zanu-PF. Moyo has fallen in and out of favour with Mugabe since first becoming information minister in 2002. He was sacked in 2005 after being linked to a clandestine meeting held to discuss Mugabe’s succession.

Since his re-appointment last year, Moyo has overseen the appointment of new editors at state newspapers and suspended the head of the state broadcaster.

“Don’t make anyone in the party a political enemy. You may differ with others in the party, but that should not make you want to attack them in the paper,” said Mugabe, who has been in power in Zimbabwe for 34 years. “It’s destructive ideology.”

“We now have weevils in our midst. Zanu-PF has weevils within its ranks,” Mugabe told thousands of mourners gathered at a shrine on the outskirts of the capital Harare for Shamuyarira’s burial.

Mugabe’s ZANU-PF party has been riven by divisions among factions jockeying behind potential successors. – AFP

Even before the Covid-19 pandemic, the situation in Zimbabwe could not have been much worse
Read more
Advertising
Continue to the category
Education