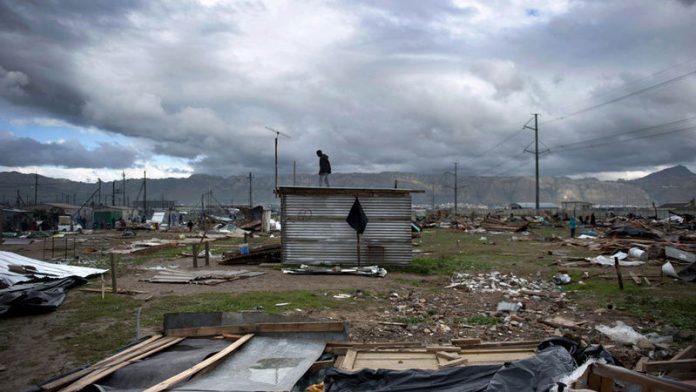 No decision has yet been made on where evicted shack dwellers will be moved to in Cape Town, a national human settlements official said on Tuesday.

“We have a number of pieces of land that have been made available by Sanral and offers from private developers who have indicated that they are willing to assist,” Mabaya said.

About 800 people living on South African National Roads Agency Limited (Sanral) land next to the N2 highway in Lwandle, near Somerset West, were evicted on Monday and Tuesday last week because of an interim court order.

Their shacks were demolished and set alight. Many lost their personal possessions and were left with nothing but the clothes they were wearing. Reports suggested shack dwellers had been transferred to Sanral land in Blackheath, a move that was met with resistance by families already living in the largely residential area.

Zoning approval
But Mabaya said this was a group of young people who had got bored of sitting in the Nonzamo community hall and decided to go to the land. “We don’t encourage that,” he said, adding that any piece of land would first need various authorisations and zoning approval from the city.

“We appeal for the mayor [De Lille] to give us an exemption so that we can offer for now to resolve that problem. If so, in 24 to 36 hours, we can have those people out of the hall.”

The evictees apparently had mixed views about the land options.

Mabaya said it was the government’s responsibility to ensure the land was close to the right schools and to Strand, where many were employed.

He said at some point, the City would be vetting the individuals to see if they actually qualified for government housing and were citizens of the country.

This would play a role if or when the City decided to build RDP houses for them or move them to a housing development.

Approval
On Monday, De Lille said once the necessary legal and land use approvals had been granted, she would be able to provide emergency housing kits to the evictees. “If these processes are ignored, then it is only likely that a new set of problems will be created in relation to this matter and the rights of all those involved will be undermined.”

Congress of South African Trade Unions’ provincial secretary Tony Ehrenreich on Tuesday accused De Lille of “politicising” the matter. “We should have people resettled as a matter of urgency on land that is available. The technical details can be sorted out later,” he said.

“The City must provide basic services and ensure that the necessary regulations are put in place.” – Sapa