Affirmative action does not kill babies 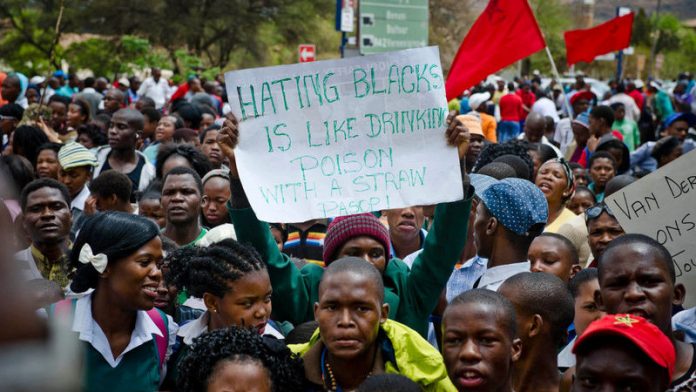 It was a prescient analysis of an anger that I experience, see and feel, and often am unable to articulate; I fail to grasp its genesis fully. It is an anger playing itself out with ever-greater frequency and in more visceral tones in the social media.

Among the many reasons Friedman believes the black middle class is a time bomb is this: “Black professionals and business people may live vastly better than previous generations but face the same racial attitudes and sense of exclusion, even if the process is now subtler.”

Everywhere one goes, there are constant reminders that not enough has changed over the past 20 years. This realisation strikes me at the oddest moments. A few weeks ago, while attending a corporate function, I stayed at a luxurious hotel in the Cape winelands.

As I looked over the breathtaking, pristine vineyards, I was filled with anger. On a visit to Wonderkop near Marikana two weeks ago, I despaired when I saw the workers’ living quarters and watched as families of the striking miners queued for food from a soup kitchen. Their demand for better wages had dragged on for five months by then and they were suffering and hungry.

At other times, it’s more overt. Take the recent statement attributed to the South African Institute of Race Relations last week, which said that affirmative action was to blame for the death of three babies in North West. The babies had died after drinking contaminated tap water.

The institute’s Frans Cronje’s logic is that “there is no doubt that the officials responsible for these deaths were appointed, at least in part, on the grounds of race-based affirmative action and that a direct causal link therefore exists between the policy and the deaths”.

Red-hot flames are shooting out of my ears. It seems impossible to have a rational discussion about affirmative action and transformation in South Africa.

What has happened – and the reason we seem to go around and around in the same vicious circle – is that there are those who have sought to capture and distort the narrative to suit their own narrow ends.

It speaks of an unfortunate and desperate agitation to retain past privilege.

The distorted and widely disseminated view, in some circles, is that competence is anathema to black professionals and is the preserve of whites alone.

It suggests and propagates the idea that merit and affirmative action are mutually exclusive – that black people are necessarily inferior to their white counterparts when it comes to certain tasks. This is racist.

The lie is repeated so often that it is the presumption or subtext of many debates about the lack of transformation, whether in the boardroom or on the sports fields. It is a deliberate attempt to delegitimise and demonise a law that is not only just and fair but also necessary.

Affirmative action does not demand that we appoint incompetent people. It says blacks and women, who were disadvantaged by apartheid laws, must be given preference over white male candidates.

It also says black people and women should be promoted so that the senior levels of their relevant organisations reflect the demographic make-up of our country.

The proponents of these warped and revisionist views of affirmative action also tend to be the first to argue that we should not talk about the past.

There, too, they are wrong. Such an attitude reflects a deeply held and infuriating obliviousness and ambivalence about the reasons why social re-engineering and legislative tools are necessary and must continue to be deployed to change our country.

Economic power still rests in the hands of a minority; we cannot expect to break that stranglehold when people are deliberately and mischievously led to believe that being black means incompetence.

Where there are shortcomings with the legislation, or poor appointments are made, certainly call those out – and stipulate what those problems are.

Affirmative action is not aimed at punishing whites or killing babies. It is about ensuring that there is equality and justice.