Roundabout way to a swing state 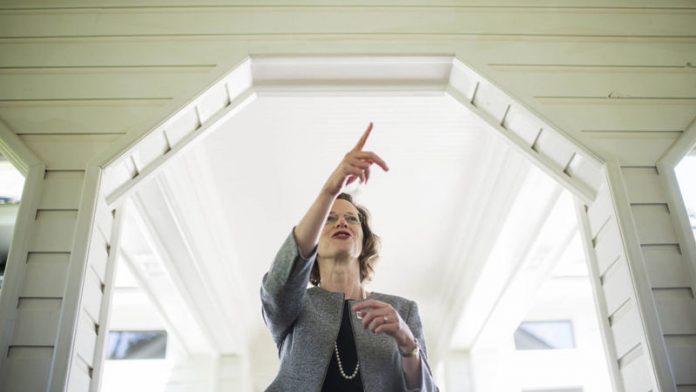 Tommy’s, a barbershop in a wealthy suburb of northern Atlanta, looks like a shrine to the Grand Old Party. Portraits of Republican dignitaries line the walls, and local party candidates fill the windows with campaign placards.

“I run those Democrats off, tell them what I feel about them,” joked the owner, Tommy Thomas, who has been trimming Republican hair for 44 years. It was 7.30am on a Monday morning and, as he spoke, Thomas was gently combing the head of Jack Kingston, a Republican candidate for the Senate.

“This is the epicentre of Georgia politics,” Kingston said. “Look at the wall and see who Tommy’s clients are.” Nearly all of the men in the photographs are white. So, too, at that moment, were most of the men in the barbershop. The only black man was on his knees, cleaning shoes.

Half a century after the civil rights movement began nudging much of the Deep South into the grasp of the Republican party, politics in Georgia remains a black and white issue: Republican candidates get as much as 80% of the white vote; Democrats receive upwards of 90% of African-American support. That colour divide has, since the early 1990s, enabled the Republicans to dominate elections in the mostly white state.

Yet come November, when either Kingston, a congressman, or another Republican contender, businessman David Perdue, stands for election, they will find themselves swimming against a demographic shift that is upending old political certainties. Georgia’s population of African-Americans, Asians and Hispanics is expanding. And minorities tend to vote Democrat.

Almost 10km south of Tommy’s, a Democratic operation to ride the demographic wave is under way. Polls show the Democratic Senate candidate Michelle Nunn (47), daughter of former senator Sam Nunn, is neck and neck with both Kingston and Perdue, who are in the middle of a bruising primary run-off campaign that won’t be decided until July 22.

At Nunn’s midtown Atlanta HQ last month volunteers were manning a phone bank to tap the growing pool of potential Democratic voters. So many activists had turned up that the campaign ran out of phones.

Stable target
Unlike some states, where a large swath of the electorate switches between the parties, in Georgia voters stick with one. That provides DiSantis with a stable target of likely support.

“Ethnicity is a major predictor of votes,” DiSantis said. “There is a huge number of people where the question is not who they are going to vote for, but whether they decide to vote.”

Nunn’s pollsters calculate that, if she can win over swing voters who have traditionally voted Republican and ensure a large turnout of minorities, she can reach the threshold.

That is in no small part due to Georgia’s rapid demographic changes, caused by people flocking to the Atlanta area in search of work and young African Americans moving to Georgia for university and staying. Around 500 000 new voters have registered in Georgia since 2006, in a state of roughly 10-million.

Recent census figures show that the percentage of Georgia’s population that is not white increased from 37% to 45% between 2000 and 2010. By the completion of the next census, experts believe, Georgia’s ethnic minority population will outnumber whites.

“By 2020 I would be very surprised if Georgia was not a swing state in the presidential elections, if not by 2016,” said Alan Abramowitz, a political scientist at Emory University in Atlanta.

A Democratic get-the-vote-out effort, stretching across 10 crucial states, from Alaska to North Carolina, is seeking to boost turnout among single women, minorities and younger voters.

On paper Nunn is the ideal candidate to lead a voter turnout drive, which requires money and volunteers. Nunn built a career in the non-profit sector, running the Points of Light Foundation, a voluntary service organisation. She is also a fundraising powerhouse, having already secured more than $6.5-million in campaign donations.

DiSantis will manage one of two campaign strategies, depending on which Republican emerges as the winner of their party’s contest for nomination. If it is Perdue (64) a gaffe-prone former chief executive, Democrats will emphasise Nunn’s commitment to public service. If Kingston (59) wins the run-off, Nunn will claim to be an outsider, untarnished by the political fray.

Nunn can define herself in opposition to either Republican without adopting overtly different policy positions.

That may be crucial if she is going to lure white voters who have previously voted Republican. To win, her team believes she will need to increase the Democratic share of the white vote to 30%.

That is no easy task in a deeply evangelical state in which the seat is being vacated by Saxby Chambliss, one of the Republican’s most conservative senators.

Hence Nunn’s tactic is to emphasise a “non-political profile”. With no voting record to defend she can distance herself from the Obama administration perhaps more than any other Democrat running for the Senate this November.

Opponents say she is almost running as a Republican, but, to court conservative white voters, Nunn avoids rhetoric that might inspire her base.

In Clayton County, on the black side of Atlanta, Democratic activist Pat Pullar (62) has been trying to overcome that contradiction. She admits to having trouble rallying support for Nunn among sectors of the African-American community.

The night Nunn secured her party’s nomination, her victory rally encapsulated the paradox of her campaign. Her speech was devoid of any of the left-wing causes that energise Democratic activists.

“You know what I thought of the speech?” said a black woman activist in the audience. “She didn’t say anything. But maybe that’s what she needs to do to win.” – © Guardian News & Media 2014