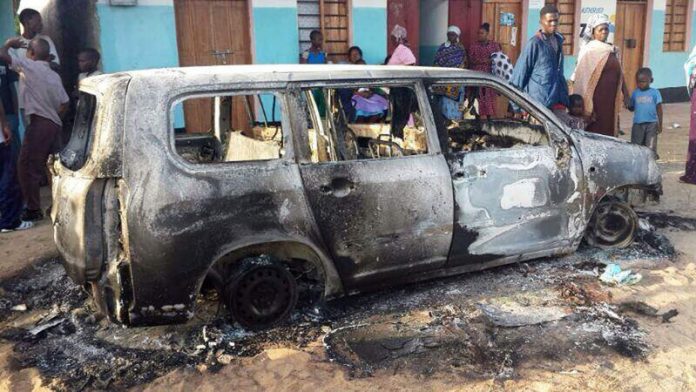 Somali militant group, al-Shabab claimed responsibility on Monday for an overnight attack on the Kenyan coastal town of Mpeketoni that killed at least 49 people, some of them soccer fans at a venue screening World Cup matches.

“Commandos last night carried out a successful raid on the town of Mpeketoni,” al-Shabab said in a statement sent to Reuters. It cited as reasons the deployment of Kenyan troops to Somalia and what it called Kenya’s extra-judicial killings of Muslim scholars – a charge Nairobi has denied.

“Kenya is now officially a war zone and as such any tourists visiting the country do so at their own peril,” it said, after staging the biggest assault since its gunmen attacked Nairobi’s Westgate shopping mall in September, leaving 67 dead.

Earlier on Monday, Kenya’s Interior Minister Joseph Ole Lenku said they had boosted security a day after the attack.

“Security has been beefed (up) across the country,” Lenku told reporters in Nairobi before leaving for the site of the attack, calling the killings a “heinous act”.

Around 50 heavily-armed gunmen drove into the town of Mpeketoni, near the coastal island and popular tourist resort of Lamu, late on Sunday, officials said.

“The red line has been crossed,” Lenku said, adding that at least 20 vehicles and several buildings were also torched.

“We must bring to book the perpetrators,” he said, calling the attackers “bandits” and saying that security forces had chased them northwards into a remote forest that borders Somalia.

Witnesses said the gunmen first attacked a police station, before starting to randomly shoot at civilians, some of whom had been watching the World Cup in local bars and hotels. The fierce gun battles continued until after midnight, but by dawn on Monday the town of Mpeketoni was reported calm.