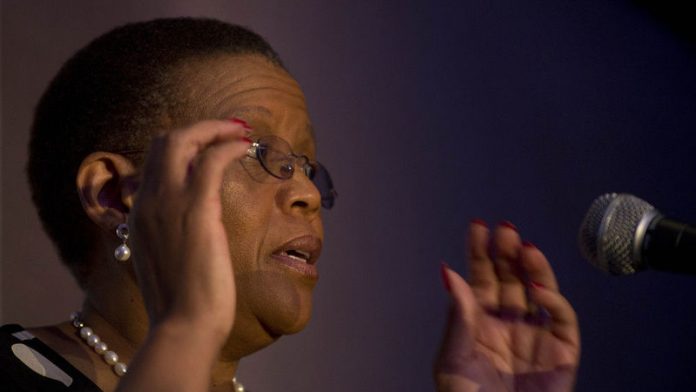 The Electoral Court recommended on Wednesday that Electoral Commission of South Africa (IEC) chair Pansy Tlakula be removed from her post.

In a written judgment, Judge Lotter Wepener said: “This court recommends that a committee of the National Assembly adopts the facts, views and conclusions of the court and that it finds that the respondent has committed misconduct, warranting her removal from office.”

The Electoral Court had reserved judgment on the matter on June 6.

David Unterhalter SC, for the United Democratic Movement, the African Christian Democratic Party, the Congress of the People, Agang SA and the Economic Freedom Fighters, said in early June that it was the “worst possible thing” to have the IEC connected to any politician and amounted to a conflict of interest. He was submitting his final arguments to the court sitting in the high court in Johannesburg.

The treasury investigation followed a recommendation by public protector Thuli Madonsela in her own investigations into the matter. Madonsela found Tlakula had a relationship, possibly of a romantic nature, with the chairperson of Parliament’s finance portfolio committee, Thaba Mufamadi. He was a shareholder in Abland, which owns the commission’s current premises.

“If you happen to be the CEO of an electoral commission, you can’t be in a business relationship with someone who is a politician,” said Unterhalter. He said this was a compromised relationship.

‘Honest mistake’
Daniel Berger SC, for Tlakula, told the court his client had made an “honest mistake”. He asked the court to take into consideration that she made this mistake while still serving as the IEC’s chief executive, not while in her current position. Berger contended the procurement deal had not affected how she conducted her duties.

Unterhalter argued in response: “Tlakula had a duty to disclose. Just because she didn’t stand to derive financial gain does not make the relationship okay.”

In 2010, the IEC published a document on its tender processes in which it indicated its staff had been trained on the subject. This might mean she willingly ignored the procedures, Unterhalter said.

Berger said he was unaware of this and could not argue on it. – Sapa