Africanists are the true socialists 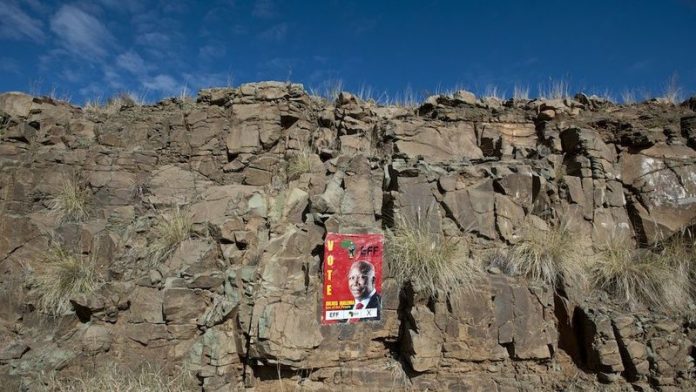 Despite Bennie Bunsee’s clarifying letters on the Economic Freedom Fighters, the poison pens are out again (Red beret talk is old hat). It’s almost like saying that the relevance of the late Hugo Chavez, the much admired leader of the Venezuelan revolution, on which the “red beret” idea is modelled, is old hat, although millions have been inspired by that symbol.

The criticism levelled against Andile Mngxitama is one of the most absurd that could be directed against anybody. He was caught, as it were, with his pants down – sipping whisky and red wine in a posh Sandown hotel. Even the Mail & Guardian‘s editorial (Yes, SA should really ‘clean up’), though praising some aspects of the EFF’s presence in Parliament, has to add that its policies are “pie in the sky”.

Mngxitama has not created this capitalist world. What’s wrong with drinking whisky and red wine in a posh hotel, to which he could have been invited? Perhaps the writer would like to see Mngxitama where he feels he truly belongs – in a shack in a township, imbibing what the whites used to call “kaffir beer”.

The EFF has already jerked the ANC into formulating a new land policy, with the latest announcement from a Cabinet minister being more detailed in promoting land distribution and including proposals for debate and consultation from the relevant stakeholders.

What is “pie in the sky” about the EFF’s several pronouncements on land, nationalisation and primary working-class interests relating to poverty alleviation, and its non-negotiable cardinal principles of socioeconomic change relating to education, health and employment?

If one cared to read its manifesto and the frequently asked questions and their replies, one would see that these principles are explicitly stated.

But I bet that the last thing that all these poison-pen writers would stoop to is to read the EFF’s political statements. The EFF has made it abundantly clear that the primacy of African and black interests is topmost on their agenda.

The attack takes place on another level, too, as indicated by Jeff Rudin’s article on class as the main springboard of liberatory politics (Class elephant ironically ignored).

We have heard this mantra before and the EFF is acutely aware of it. Its enunciation on this is part of its manifesto, now published in book form as The Coming Revolution. The title is apt.

What the class advocates overlook is that we have to start from the dismantling of colonialism. That is a different kind of contradiction, one of national oppression, which ultimately leads to the question of elite control in the form of neocolonialism, which is what the 1994 negotiations settlement was all about.

The manifesto embraces the Maoist concept of uninterrupted revolution, from anticolonial struggles to the anti-imperialist and anticapitalist struggle. Even during class struggles, the vestiges of colonialism remain.

The attacks on the EFF from several quarters, not least our Eurocentric media, show that there is an underlying antagonism against the assertion of blackness and Africanism. It has a long history. It is another form of racism, but is garbed in liberal and even Marxist terms.

Class interpretation has been integral to the Black Consciousness Movement (BCM), the Azanian People’s Organisation and pan-Africanism, and is expressed in its own language.

From the bosom of the Pan Africanist Congress, there emerged the best Marxist-Leninist analysis, a rich marriage of Africanism and Marxism-Leninism, inspired by Maoism (and forming the Azanian People’s Revolutionary Party). The EFF is picking up where the PAC and the BCM left off.

It also bases its philosophy on Franz Fanon, who was very clear about what the post-colonial situation would turn out to be – a neocolonial elite could take over and continue the old colonial oppression.

Africanism and black consciousness make up a perennial trend in our politics. They not going to die and those who wish to bury them in the name of class struggle and Marxism better wake up to the fact that the Africanists are the true socialists. Study their history and read their documents; more importantly, understand the history of colonialism.

Yasien Mohamed is a veteran of the Pan Africanist Congress