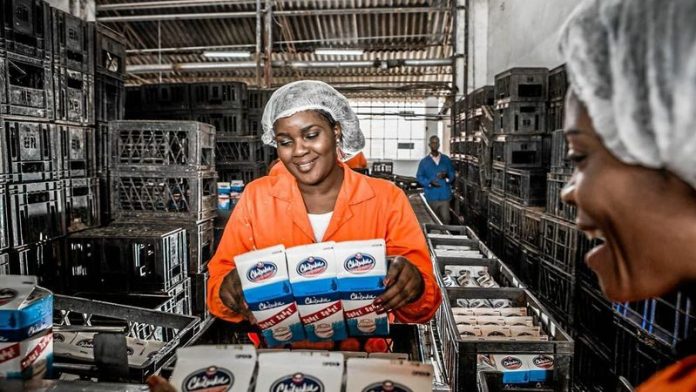 Zimbabwe’s deteriorating economy and a stock market that’s fallen more than any other in Africa this year are doing nothing to scare off one of South Africa’s biggest money managers.

Allan Gray, which oversees R450-billion ($43-billion), is boosting stakes in Delta Corporation, the SABMiller associate that brews Chibuku sorghum beer, and Econet Wireless Zimbabwe, the nation’s biggest mobile-phone company. The 73-member Zimbabwe Industrial Index dropped 6.2% this year, one of only two gauges among 14 African stock exchanges monitored by Bloomberg that have failed to produce gains. Mauritius has declined 1.1%.

“They should and can be very high-quality businesses,” Andrew Lapping, who oversees the Cape Town-based money manager’s two Africa-focused funds, said by phone on June 24. The companies are able “to generate lots of free cash flow. They don’t need huge amounts of reinvestment the whole time to maintain production,” he said.

Cash-strapped Zimbabweans aren’t spending, deflation has taken hold and factories are being shut less than a year after President Robert Mugabe, 90, was voted back into office to extend his 33 years of rule. The economy is in a recession and will probably shrink 1% this year, according to John Robertson, an independent economist.

Zimbabwe’s benchmark stocks index gained 7.5% since the start of April after slumping almost 13% in the first quarter, the most since the gauge began denominating shares in US dollars in February 2009 following an economic collapse.

Output shrinks
Zimbabwean equities account for about 26% of Allan Gray’s Africa ex-South Africa Equity Fund, the most after Nigeria. The fund returned 11% in dollar terms this year, compared with a 15% gain in the MSCI Frontier Markets Index, according to data compiled by Bloomberg.

Output in Zimbabwe shrank 40% between 2000 and 2008 and inflation soared to 500 billion percent in 2008, according to International Monetary Fund estimates, after the seizure of white-owned commercial farms disrupted exports of crops including tobacco and roses.

Accelerating prices and a plummeting domestic dollar prompted a three-month closure of the stock market in November 2008. Shares were priced in greenback when it reopened. Zimbabwe continues to face sporadic power cuts and a dearth of foreign exchange as the nation abandoned its own currency in favor of US dollars and the South African rand.

Delta, which fell 8% this year and reported a 26% drop in first-quarter lager sales, is the largest brewer in the country. While revenue slipped, earnings per share doubled to 8 US cents in fiscal 2013 from two years earlier, according to data compiled by Bloomberg. The company is forecast to declare a final dividend of 4 cents in the 12 months through March, or 25% more than a year earlier.

Beer market
“They control the beer market in Zimbabwe,” Lapping said. Delta also has “the vast majority of the soft-drink share,” he said. The stock was unchanged at $1.29 by the close in the capital, Harare, on Wednesday for a market value of $1.6-billion. The stock gained 10% the previous six days.

Econet invested $933-million into its mobile-phone networks in the five years through February, according to company statements. That compares with an enterprise value of $1.3-billion, Lapping said. The shares gained 22% this year, giving Harare-based Econet a market value of $1.2-billion.

“The other competitors don’t have the money to compete in terms of investment,” he said. – Bloomberg

Could innovation in payments and e-commerce expand intra-African trade?