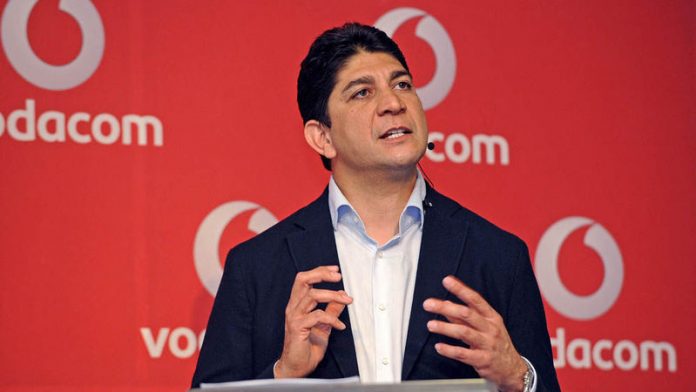 Vodacom is going to face an uphill battle in its attempt to get regulatory approval for its R7-billion acquisition of Neotel.

Its competitors, who are already publicly questioning the legality of the deal, are likely to lobby for it to be scuppered or at the very least have strict conditions imposed on it.

“It will be challenged,” says consumer activist Rudolph Muller from MyBroadband. “The big question is going to be what happens to Neotel’s spectrum.”

Vodacom chief executive Shameel Joosub has stated that regulatory inaction on licensing much-needed batches of the spectrum led to the mobile giant making an offer for Neotel. However, Neotel said this week that the spectrum is just one component of the transaction.

A selection of analysts and regulatory experts approached by the Mail & Guardian over the past few weeks contend that Vodacom is going to have a tough time getting approval to use Neotel’s spectrum allocations, which will make the deal less interesting but will by no means be a “deal-breaker”.

They argue that Neotel offers Vodacom strong fibre assets and a great enterprise business, which means that spectrum is not the be-all and end-all of this deal.

‘Unprecedented’ transfer spectrum
Dominic Cull of Ellipsis Regulatory Solutions says the transfer of spectrum that is being proposed by Vodacom and Neotel is “unprecedented” in South Africa.

He says he can’t see South Africa’s telecoms regulator, the Independent Communications Authority of South Africa (Icasa), allowing Vodacom access to Neotel’s spectrum, but adds there is a lot more value for Vodacom in the deal than just the spectrum. “Neotel’s fibre assets will put Vodacom ahead in the game,” says Cull.

The analysts and regulatory experts believe that the deal will ultimately be approved once the “sticking points” have been addressed.

Vodacom’s proposed acquisition of Neotel is just one development in a wave of growing consolidation in the South African telecoms and information technology (IT) markets.

Telkom has made a R2.7-billion offer to buy IT services company Business Connexion, and MTN has purchased a controlling interest in internet service provider Afrihost for an undisclosed sum.

This trend towards greater consolidation is global, with powerful players looking to new revenue streams from converged service offerings as they face the reality of dwindling revenues from maturing markets.

Data market growth
In South Africa the growth is in the data market, while voice revenues are dwindling – hence Vodacom’s interest in Neotel, which is a strong player in the enterprise market and has a vast fibre optic network.

Research ICT Africa’s Alison Gillwald points towards a number of pending mergers and acquisitions in America and Europe, with fixed-line players hooking up with mobile players and satellite or cable television players in a bid to build converged companies with “triple-play” or “quad-play” offerings.

“Evidence from scholarly work suggests that these consolidated dominant players are not resulting in the worst competitive outcomes,” says Gillwald. “However, the need for effective regulation is critical.”

And therein lies the rub.

Icasa has a dismal record of effective regulation, with the consensus among regulatory experts being that the body gets bullied by the better resourced legal and regulatory departments of South Africa’s telecoms and IT giants.

Back 20 years
It’s a move that, according to Gillwald, has taken South Africa back 20 years and one that highlights a “failure to grasp the importance of a converged broadband infrastructure as an underpinning of the economy”.

With that cleared up, Icasa now faces a host of mergers and acquisitions that are currently on the table, which could fundamentally change the face of the industry and further entrench the powerful positions of certain incumbents.

Alongside the Competition Commission, a regulator seen as having a firmer set of teeth, Icasa must assess whether these mooted acquisitions will negatively affect competition in the IT and telecoms markets before they can be given the stamp of approval.

Consensus among regulatory experts spoken to by the M&G is that the deals will ultimately be approved by the regulators, but not in the form that the acquiring firms are hoping for.

‘Stand-alone’ business
Vodacom’s Joosub is on record as saying that the mobile giant wants to keep Neotel as a “stand-alone” business, effectively integrating Vodacom’s fixed-line business into its operations.

“We’re such a small player in the fixed [business] that they [the Competition Commission] should encourage us to take it, so that we can create more worthwhile competition,” he says about the deal. “Neotel has done well, but Neotel with a serious cash injection can do 10 times better.”

Neotel told the M&G this week that spectrum is important and Vodacom may be able to improve the quality of its offerings with access to Neotel’s spectrum, but maintained that spectrum is just one component of the transaction.

“The parties will ensure at all times that the use of facilities and/or spectrum or any other resource is in line with the applicable regulatory framework,” states Neotel.

The experts suggest that the Vodacom-Neotel deal is likely to face stiff resistance from mobile competitors like MTN and Cell C and IT players like Telkom and Dimension Data.

Public questions
MTN has already publicly questioned whether the transfer of spectrum from Neotel to Vodacom is legally possible, while Cell C has stated that it will oppose any deal that is likely to reduce competition in the market.

“It is our view that entrenching the dominance of an already dominant player will not be in the interest of the industry, the consumer or the wider South African economy,” says Cell C’s spokesperson.

Many of the experts are suggesting that Icasa will not allow Vodacom to use the valuable spectrum that lies in the hands of Neotel.

Cull says he believes Icasa will approve the deal, but that the spectrum transfer will be an issue. However, he doesn’t envisage it being a “deal-breaker”.

Richard Hurst, senior telecoms analyst with Ovum, agrees. “Spectrum will be the sticking point. I don’t see the spectrum as a deal-breaker but it would be a yummy thing for Vodacom to have on the table. Maybe there will be a shift in acquisition price if the spectrum is not on the table.”

On the Competition Commission side, there is a feeling that the Vodacom-Neotel deal will ultimately be approved, but with strict conditions – perhaps reaching as far as an accounting separation between wholesale and retail businesses, such as the conditions imposed on Telkom last year.

The experts predict that the Telkom-Business Connexion deal is likely to be approved this time, after an initial offer to purchase the company was refused regulatory approval by the Competition Commission seven years ago.

Telkom is looking to use the acquisition to grow from being merely a connectivity player to being an end-to-end ICT services player.