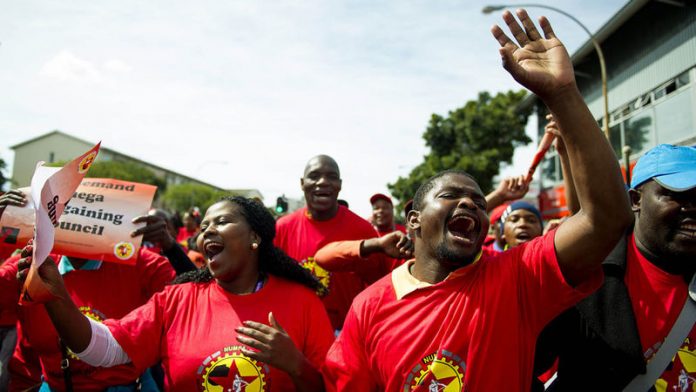 The South African Chamber of Commerce and Industry (Sacci) on Friday called on National Union of Metalworkers of South Africa’s (Numsa’s) leadership to return to the negotiating table and avoid a strike.

Sacci chief executive Neren Rau said ifNumsa was truly committed to co-operation with government and business to work towards a more prosperous South Africa, it would not put the country’s economic stability at risk.

“This is especially pertinent given the severe economic impact of the prolonged platinum strike,” he said in a statement. “A review of the industrial relations framework is also necessary to find ways to balance the rights of workers and the broader economy.”

The union and its more than 200 000 members are planing to down tools next week in the engineering and metal sectors, affecting small, medium, and large companies.

The union is aiming for a 12% wage increase in a one-year bargaining agreement. Numsa initially demanded 15%, but subsequently lowered its demand. Employers have tabled a three-year wage settlement offer of between seven and eight percent for different levels of workers in the first year, and inflation-linked increases for 2015 and 2016.

Rau said the planned strike could cripple the country’s already tarnished credit rating. He said the country had less than six months left to convince credit ratings agencies and the international community in general of its stability as an investment destination.

“The strike by the metalworkers will effectively erase the opportunity for South Africa to redeem itself and government bonds will most certainly be downgraded. “This will in turn lead to a higher cost of credit for the entire economy, from large corporate bonds to consumer credit,” he said. – Sapa