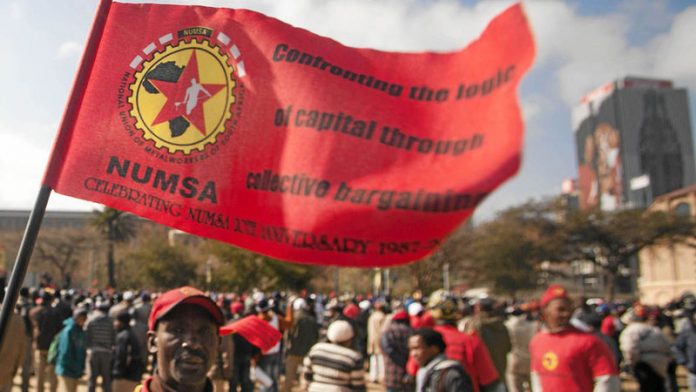 Employers in the metals and engineering sectors and at Eskom have come up short in meeting wage demands from the National Union of Metalworkers of South Africa (Numsa) and are bracing themselves for industrial action, which is due to begin this week.

But attitudes of employers and labour have continued to harden as drastic moves are being made in attempts to weaken the strike while the union remains resolute. Numsa will lead 220 000 of its members in the metal and engineering sector in a strike that will begin on Tuesday, in a bid for higher wages – 12% versus a 7% to 8% increase in the first year of the agreement – and a ban on labour brokers.

In response to the notice to strike, the Steel and Engineering Industries Federation of South Africa (Seifsa) – a national employer federation that represents the metal and engineering industry and is the largest employers’ organisation in the bargaining council – issued notice of an employee lockout on Friday, meaning all workers, striking or not, will be prevented from working during the strike.

Labour analysts agree it is a fairly drastic move but Numsa is not unhappy about the development.

“We always smile when the bosses lock us out,“ said Numsa general secretary Irvin Jim at a press conference on Sunday. “That is good … they are basically strengthening the strike.”

Solidarity – a minority union with 22 000 members in the sector that never intended to strike but are now prohibited from going to work as of Tuesday – agreed with Numsa.

“The employer organisation itself has now brought the industry to a halt, and with it a great deal of harm to its members and the economy in general,” the union said in a statement.

As a result, Solidarity is preparing an urgent court application to stop the lockout, “especially in light of the support Solidarity enjoys from a considerable number of Seifsa members who, due to the negative impact of the platinum strike, cannot afford to undergo unnecessary interruptions in production and also do not want to alienate their loyal employees”, Solidarity general secretary Gideon Du Plessis said.

‘Lock out workers’
Du Plessis told the Mail & Guardian on Sunday that the interdict would be lodged on Wednesday at the earliest, “once we establish on Tuesday if they continue to lock out workers”. He said the legal avenue would be a very technical thing, but the union would be determined to pursue it anyway.

The lockout is simply a “strong arm tactic”, Du Plessis said. “Numsa is in the minority in some places and they will shut down places where they aren’t even unionised. I’ve been inundated with phone calls from members who say they can’t afford to shut down production.”

Du Plessis said that subsequent to the lockout notice on Friday, employers withdrew membership from Seifsa so that they would not be forced to stop production.

But Seifsa said the lockout was approved by the full Seifsa council, which is made up of the chairpersons of associations, who in turn represent their member companies.

“Therefore, we have received no membership cancellations or withdrawals and do not expect to receive any,” the organisation said.

The industrial action will affect a range of companies including foundries and components manufacturers, and even some plastics manufacturers.

Eskom woes
It will see tools downed at construction sites such as the Medupi and Kusile power stations, which have been riddled with delays and cost overruns, while the lack of electricity generation capacity means Eskom has struggled to meet energy demand and implemented load-shedding this year for the first time since 2008.

But the state-owned power utility appears to be getting it from both ends, and on Friday referred its own separate wage dispute between itself and labour organisations to the Commission for Conciliation, Mediation and Arbitration.

Numsa, which represents 10 000 of Eskom’s 40 000 employees, however said it believed Eskom was hiding behind the provisions of the Labour Relations Act, which allows  for companies to declare some areas of operation as essential services.

“This time around we will not accept their approach to essential services,” said the union’s deputy general secretary Karl Cloete, noting that Eskom had for years neglected to conclude a minimum services agreement, which would determine what was and was not an essential service. Currently, even a cleaner would be considered essential.

Unprotected strike
If the strike is unprotected, Eskom could legally dismiss employees for not attending work. Numsa plans to picket at Eskom headquarters on Wednesday in pursuit of a 12% wage increase. The utility has reportedly offered a 5.6% increase. Should the dispute result in a strike, Numsa said it would not be blamed if the lights went out.

“We are going for Eskom, there are no two ways about it,” Jim said. “We will not take responsibility for the lights being off … we will make sure nobody is shocked … that’s why we are starting with the picketing.”

Cloete said the union reached a point of no return when it came to Eskom and its unilateral declarations of what the utility thinks should be on offer. Mongezi Ntsokolo, acting human resources group executive at the state-owned enterprise said: “Eskom remains committed to finalise the process as soon as possible in order to minimise financial hardship for its employees and maintain stability of its operations.”

Seifsa said that Eskom’s offer is reasonable, while Numsa’s said its members will not settle for anything that is not in the double digits. Seifsa said the companies and the economy cannot afford this strike on top of the five-month platinum industrial action, which dragged economic growth into negative territory for the first quarter of 2014.

But Numsa said it would not be accused of economic sabotage for embarking on industrial action, which begins in the metals and engineering sector first. Jim said the employers hide behind this, “as if workers must be responsible for the actions of employers”, he said. “By now our members know that a strike is not a dinner party. When we decide to tool down they [employers] suffer right from the start.”

Jim said Numsa noticed government’s statements, referring to reports quoting the minister of communications, Faith Muthambi, as saying government would offer support to the sector to ensure the strike did not go ahead.

“I don’t know what power they have to do that,” Jim said but noted that the department of labour requested a briefing on the situation and that Numsa would oblige, possibly on Monday. Seifsa said that, as of Sunday evening, it had not received any request for a meeting from any minister or government representative.