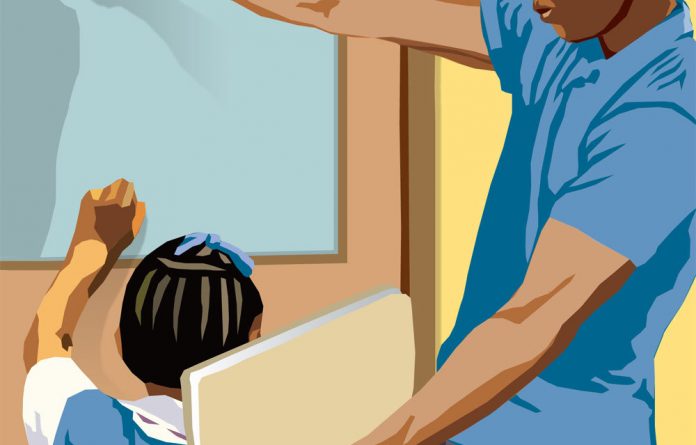 A recent court case highlights the necessity of aligning South Africa’s refugee policy and practice with education law to ensure the removal of obstacles to an education for ­asylum-seeking children in South Africa.

Lawyers for Human Rights and the Centre for Child Law recently brought an application to address the plight of eight minor children who fled the war-torn Democratic Republic Congo (DRC) and who have subsequently been struggling to gain access to the South African public schooling system.

The eight children were either orphaned in the DRC or deserted by their parents. They now live in the primary care of relatives who are either asylum-seekers or refugees.

The term under international law used to describe such children living with caregivers who are not their parents is “separated children”, distinct from “unaccompanied children” – those who are separated from parents and relatives and are not being cared for by any adult.

Although these separated children have their own legitimate asylum claims, they cannot process their asylum applications because their caregivers are not acknowledged as their legal guardians.

“Undocumented”
They therefore exist in a state of legal limbo as “undocumented” children, making them ineligible to access services such as the public schooling system.

The predicament of these separated children is evident in the story of the first applicant. He is a 16-year-old boy who was orphaned when soldiers killed both his parents when he was a month old. His maternal grandmother and aunt then cared for him. When his grandmother was later also killed and his aunt gang-raped, the boy and his aunt fled to South Africa.

Although the aunt was able to obtain an asylum-seeker permit for herself she could not obtain one for her nephew, despite repeated efforts to do so. This is because he is not her child, and is therefore not recognised as her “dependant” in terms of the Refugee Act. The aunt was instead informed by department of home affairs authorities that she should obtain a court order appointing her as the nephew’s legal guardian, which would enable him to be recognised as her dependant.

The aunt has also struggled to register her nephew at a public school. His application for admission to the school was rejected because he does not have a valid permit, or other documentation relating to his status application.

It requires that noncitizens with study permits present their permits on admission to public schools. The Act also makes provision for persons who are classified as “illegal aliens” or undocumented migrants.

It states that a child who does not have legal status can still be admitted to a public school if there is proof that an application has been made to stay in South Africa legally. Thus, a child must be admitted conditionally while his or her status- determining application is being processed. The conundrum for the separated children, however, is that they do not even have this proof of application, because their precarious ­status bars them from applying at the outset.

The application brought by Lawyers for Human Rights and the Centre for Child Law, therefore, sought to remedy this status quo. The main respondents in this matter were the ministers of home affairs and basic education and the various relevant administrative bodies within the home affairs department.

Try the high court
The application states that home affairs authorities will not document children whose caregivers have not been declared their legal guardians. It states further that the process for obtaining guardianship is not feasible for persons in the applicants’ circumstances. That is, an application for guardianship may only be obtained at a high court, which is extremely costly and therefore prohibitive.

Moreover, guardianship applications by foreigners are treated as inter-country adoptions. This presents its own administrative barriers for persons in the applicants’ circumstances, because they are required to provide documentation such as birth and death certificates that often they do not have in their possession, given that they have fled their countries of origin.

The applicants allege that home affairs authorities have prohibited schools from registering or enrolling undocumented children, and that schools have been threatened with fines if they admit them.

The applicants therefore state that these separated children are being forced to remain “invisible” and that they are forced to stay at home rather than attend school.

Not just “unaccompanied”
The applicants argue that separated children should be recognised as the dependants of the adult ­asylum-seekers they accompany, rather than to be treated as unaccompanied foreign children.

They also argue that the home affairs department’s current stance of deliberately preventing the children from attending school is unlawful. That is, it contradicts the provision in the Schools Act that makes education compulsory until grade nine or the age of 15, whichever comes first; and it violates the right to basic education guaranteed in the Constitution.

It also undermines South Africa’s compliance with its obligations under international law to ensure “appropriate protection”, including access to education for children seeking refugee status, “whether unaccompanied or accompanied by parents, legal guardians or close relatives”, as in this instance.

The relief sought was that the applicants and other such separated children be allowed provisional registration at public schools in terms of Section 29(1)(a) of the Constitution. It further required that the basic education minister should review the admission policy for ordinary public schools within six months of the court order by expressly making provision for child asylum-seekers and refugees and publish the revised policy in the Government Gazette.

The order also sought to interdict home affairs authorities from issuing punishments such as fines to schools for registering undocumented, separated children.

More broadly, the applicants sought an order that home affairs authorities facilitate a process that would enable separated children to obtain documentation to enable them to register at schools.

Same permits
They further sought an order that separated children also be acknowledged as “dependants” of their care­givers in terms of the Refugee Act, thereby making them eligible for the same permits as their caregivers.

The department must also publish the revised admission policy in the Government Gazette within six months of the order.

But the broader questions about how to deal with separated children on their entry into the country are still unresolved.

The basic education department’s decision not to oppose the litigation and to revise its admission policy is commendable. Hopefully, too, the revised policy will ensure the removal of administrative barriers for asylum-seekers and allow them access to an education.

More generally, however, the status-determining processes for asylum-seekers must be improved, or they will continue to experience debilitating administrative hurdles as they struggle to access services in South Africa.

Faranaaz Veriava is a human rights lawyer. She writes a monthly column in the education section on the right to basic education