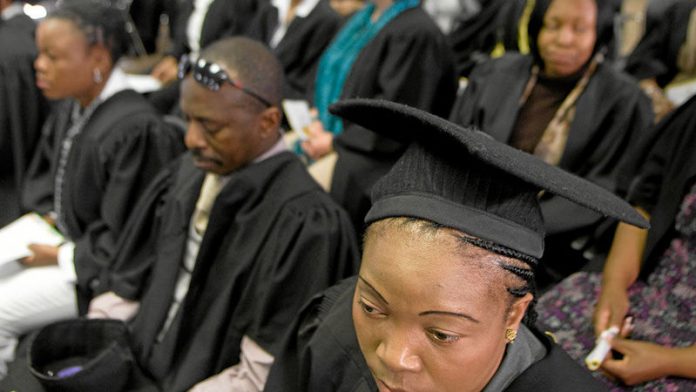 Professor Russell Kaschula of Rhodes University’s Chair carries the heady title of the Intellectualisation of African Languages, Multi-lingualism and Education.

He says that his Chair, which is one of those awarded in 2012, has three main focus areas. First, linguistics and applied African language studies, which looks at ways to introduce teaching in indigenous languages into the higher education system. One project in this field is looking at translating and developing appropriate terminology and lexicology in various fields of study that is not only relevant but that students can identify with.

This approach is being applied in developing isiXhosa language usage and terminology for information and communication technology subjects.

Allied to this is the development of courses in indigenous languages in subjects ranging from journalism to pharmacy, education and law.

Probably closer to the Chair title of intellectualisation of language is work on what Kaschula terms re-imagining the grammar of local languages that he says had originally been documented by missionaries in the 18th Century.

The third area of the Chair’s research is into Africa literary studies, including its history.

His Chair has been instrumental in furthering the debate nationally about the importance of indigenous languages in education through numerous papers and media exposure. One master’s and two doctoral students have already completed their studies, while the research of five honours, four master’s, two doctoral and a post-doctoral fellow are currently supported by the Chair.

Professor Catherine Hoppers’ Research Chair at Unisa is dedicated to the subject of Development Education that is looking to develop methodologies for transformative action in academic research and citizenship education with a focus on human development.

The Chair is looking specifically at how knowledge in fields such as science, economics, education and law can be reconstituted to ensure just and human-centred development.

The key research areas look at the conditions for integrating indigenous knowledge into the mainstream, peace and human development, science, culture and society, and universities and society in Africa with a focus on rethinking community engagement.

Higher education as a force for good

Professor Melanie Walker of the University of Free State’s Research Chair, Higher Education and Human Development, is looking at higher education’s contributions to human development, as it relates to equity and social justice in education and society. The Chair was awarded in 2012.

She is approaching this from the point of view of what public universities should be doing and trying to achieve in a world of moral urgencies and remediable injustices. “There is tremendous potential for higher education to contribute not only to individual agency, but also to the public good,” she says.

She explains that the research seeks to connect the processes and findings of research to practice and policy, and to advance public reasoning and dialogue while influencing transformative change in higher education.

This latter point includes the relationship to professional practice, labour market policy and contributions to reducing inequality and poverty in society.

Professor Jace Pillay of the University of Johannesburg was appointed to a Research Chair in 2013 to look at Education and Care in Childhood.

“What happens in school is a microcosm of the macrocosm,” he says. “While we need to focus on numeracy, literacy and educational standards, we cannot ignore the social issues that put children at risk.”

Pillay’s research is therefore focused on young school-goers from broken families and the socio-economic challenges they face, specifically the vulnerabilities they suffer in the absence of paternal and/or maternal care during their early school-going careers.

He is doing so by investigating their vulnerabilities, as measured by levels of depression, anxiety and stress as well as factors that contribute to resilience in the face of such challenges.

He is also considering the impact on the children’s development in the absence of an adult figure to instil moral values and to what extent this affects their development.

He says the work extends to researching the roles that stakeholders, communities and government are playing in contributing to the vulnerabilities the children are exposed to.

Pillay says one of the outcomes from his projects would be materials and resources for teachers and stakeholders to help orphaned and vulnerable children cope with the pressures they are under.

This supplement has been paid for by Department of Science and Technology and its contents signed off by the DST and the National Research Foundation.

Yvonne Chetty: a passion for an efficient public sector and mentoring