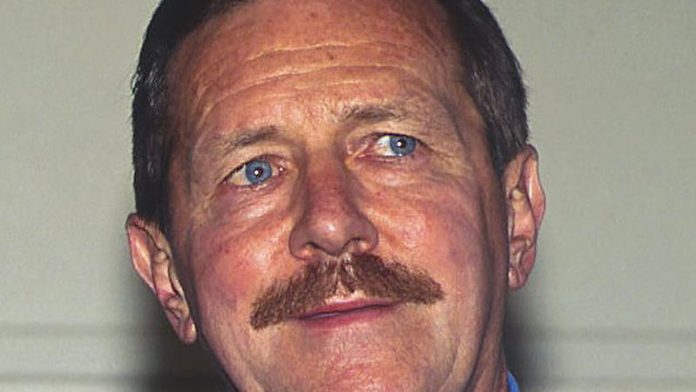 Convicted killer Clive Derby-Lewis had nothing to do with a prison blackmail case, his lawyer said on Thursday.

Derby-Lewis was convicted of conspiracy to kill South African Communist Party general secretary Chris Hani by providing the gun Polish immigrant Janusz Walus used to kill him in the driveway of his Boksburg, East Rand, home on April 10 1993.

“I think the investigating officer of the case is satisfied that Clive had no hand in it,” Marius Coertze told Sapa.

The matter apparently involved an inmate and a video on a hard drive of one of the so-called Waterkloof Four, Christoff Becker.

He allegedly blackmailed Becker’s mother, Mariette Becker, with video footage that could get him into trouble with the correctional services department.

“The accused prisoner … has apparently said that he is not to be blamed alone, and said that he got the hard drive from Clive. He is trying to drag Clive into it.”

Coertze said Derby-Lewis would most likely be called as a state witness in the extortion case against the prisoner, who could not be named.

Plea agreement
The Sowetan newspaper reported that the inmate appeared in the Pretoria Magistrate’s Court on Wednesday on charges of extortion and attempted extortion. The case was postponed to next month.

“The only connection Clive has to this case is that he sold or exchanged the hard drive with this guy, nothing else. That’s his only connection to this whole case,” Coertze told Sapa.

It was not clear when the alleged blackmail happened. Coertze said Derby-Lewis had been in hospital since March.

The prisoner was in negotiations with the state about a plea agreement, according to the Sowetan.

The 35-year-old inmate was serving time in Kgosi Mampuru prison after being convicted in 2008 on 32 charges of theft and fraud relating to a country-wide crime spree with his girlfriend.

Derby-Lewis and Becker both served time in the same prison.

In June, Beeld newspaper reported that a man had demanded R30 000 from Mariette Becker or else he would leak videos of her son.

Becker and three others were released on parole in February after being jailed for beating a homeless man to death in Pretoria in 2001.

Becker and one of his co-accused, Frikkie du Preez, were re-arrested five days later after a video emerged of them drinking what appeared to be alcohol and using a cellphone at the Kgosi Mampuru prison.

Denied parole
In June, the high court in Pretoria dismissed an application for Becker’s parole to be reinstated.

The video, reportedly taken on a cellphone, was posted on YouTube. It was unclear whether this was the same footage being used in the blackmail.

The 78-year-old former Conservative Party MP, who was sentenced to 25 years behind bars, has already served more than 20 years of his sentence.

Derby-Lewis was initially sentenced to death, which was commuted to life imprisonment when the death penalty was abolished in 1995.

He first applied for parole in June 2010.

On June 30, the correctional services department said it would give urgent attention to Derby-Lewis’s medical parole application.

Derby-Lewis’s wife Gaye said the extortion allegation against her husband was nonsense.

Cosatu wants Walus parole to be fought in the Constitutional Court