Parliament gets new life in Episode 5 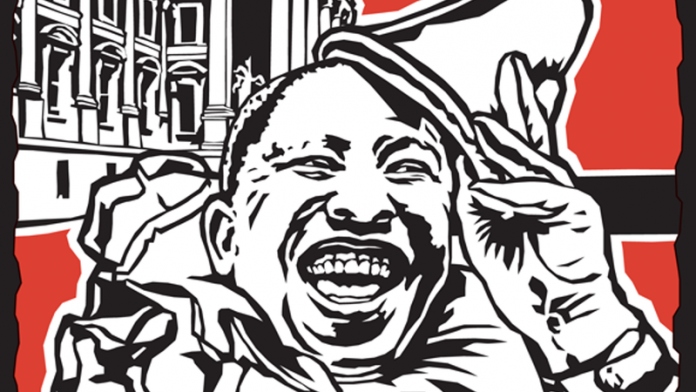 “I don’t know and I’m not interested. Parliament is going to be where the action is now.” As usual, she was on the money.

She is a long-standing ministerial adviser whom I called shortly after the new Cabinet was announced, hoping that she could shed light on one of President Jacob Zuma’s most bemusing appointments.

After 10 years of torpor, Parliament does seem to have entered a more interesting and perhaps more important phase, with plenty of possibility as well as unanswered questions about what it will mean for the politics and political discourse beyond its hallowed walls.

This is democratic South Africa’s fifth Parliament. The first one was glorious. The ANC benches were packed with talent; uncertain what else to do with the leaders of its liberation movement, and with the notion of “cadre deployment” still just a twinkle in the eye of someone in Shell House (as it then still was), the ruling party had packed its first electoral list with its A-Team.

And it was a formidable A-Team, full of people whose natural talent and ambition made them instinctively want to do something useful with the institution to which they had been elected (though the seven Democratic Party MPs gave them a good run for their money).

It was the Age of Grand Reform. Not only did the two houses of Parliament come together regularly as a joint Constitutional Assembly to negotiate and then pass the final Constitution, but the National Assembly also had the collective sense of purpose to process and pass new laws at the rate of over 100 a year.

The legislative landscape of the land was entirely recast in five years. To be in and around Parliament was to be part of an exciting national enterprise. To watch its newly mandated portfolio committees – the new legislative engine room – was to watch an institution transform from a part-time, rubber-stamping accomplice to the apartheid conspiracy into a full-time place of real work in which the needs and interests of the majority were served.

Inevitably, the second Parliament (after the 1999 election) could not maintain the pace but, thanks partly to Thabo Mbeki’s elaborate own agenda, which kept Parliament busy enough in trying to figure out how to exercise meaningful oversight over it, and partly because of the friction and froideur that existed between him and Tony Leon, the National Assembly still seemed to matter.

But then slowly the ANC began to get lazy, using its majority rather than its intellectual horsepower to win, perhaps because it started to use its electoral list not as a receptacle for talent or even potential but for patronage – to place those for whom it had little use elsewhere or as a honeypot for waifs and strays from other parties who, as a part of Mbeki’s acquire-and-conquer strategy, it was busy accumulating.

But for a brief Prague Spring during the Kgalema Motlanthe interlude in 2008 and for a honeymoon period after the 2009 election before Zuma’s goons got a tight grip, the third and fourth Parliaments were comparatively lacklustre affairs. Apart from the Institute for Democracy in Africa’s Parliamentary Information and Monitoring Service (now sadly departed from the scene) and the Parliamentary Monitoring Group, which thankfully continued to provide a unique service to those needing minutes of committee proceedings, few organisations really cared any more.

The media stopped reporting properly, as the parliamentary press gallery diminished in size and seniority. A vicious circle of growing irrelevance spiralled.

Now the institution has sprung back to life. One ANC MP who has been a member of all five houses told me that “this Parliament has a completely different character to the others”.

And people are talking about it, mainly because of the “antics” of Julius Malema and his merry band of Economic Freedom Fighters (EFF). I say “antics”, because there is a level of condescension in much of the commentary – what Malema is doing is seen not as serious politics but as childish attention seeking.

But to look down one’s nose at the EFF would be a serious mistake. This is not to say that Malema’s motivation is not mischievous and therefore dangerous, both in its policy vacuity or in its tendency to throw oil on burning social fires, but because it is a potentially powerful political brand.

Working with a leading South African bank recently on its new sus­tain­ability strategy, I heard one of the country’s smartest marketing experts explain how important it is to show the market not just the what and the how but also the why.

He reinforced the point with references to iconic international corporate brands and then ended with a photo­graph of Malema, who, he argued, makes the why abundantly clear.

The EFF may, as I say, be an empty vessel in policy terms but the notion of “economic freedom” is one that most people can easily digest. It is the simple and persuasive idea that, after 20 years of political freedom, not enough has changed economically for the majority and that this is not good enough.

The message is then reinforced with the proto-fascist paraphernalia: the red berets (and, now, overalls), the use of “fighter”, not “comrade” or “colleague”, and the single-minded determination to demonstrate difference with the ruling party, whether in word or deed.

The question for Malema, as for us all, is whether this brand can be sustained, both inside and outside Parliament, and, in turn, whether participation in Parliament will serve its extra-parliamentary purpose.

In other words, will Parliament be a springboard or will it, over time, slowly swallow the EFF?

This presents Malema with a difficult dilemma. On the one hand, Parliament provides a convenient base, not least because of the public funds that will come its way, in addition to the MPs’ salaries. Malema will continue to milk the media, securing 75% of the coverage with just 7% of the seats in Parliament.

But, although the red overalls are a powerful symbol now, they will gradually wear thin as the five years tick by. How, then, will Malema continue to distinguish himself from the ANC and demonstrate that the EFF has not succumbed to bourgeois politics?

Because, on the other hand, the more that Malema and the EFF get sucked into trying to use Parliament properly, though its committees and plenary procedures, and with questions to ministers, the more it will begin to look like just another party. The anti-establishment core to the brand will begin to wilt.

This is one possible scenario: that, if the EFF tries to convert “economic freedom” into the nuts and bolts of life in the legislature, it will fail not only because such a conversion is impossible when the ideological basis to “economic freedom” is so flimsy but also because its public image will get lost in the institutional trappings and niceties of a Westminster-style Parliament.

If the ANC is thinking clearly, it will seek to encourage this by drawing Malema into Parliament’s culture and practice rather than, as currently seems to be their instinct, spitting him out.

Throwing the EFF MPLs out of the Gauteng legislature was a massive tactical blunder – not to mention appallingly clumsily and unnecessarily brutally executed – that played perfectly into Malema’s hands because, to the public, it will have looked like the establishment was trying to victimise them.

(And, by the way, why on earth should it matter what they wear in Parliament? Though I prefer to wear a suit myself, why is wearing the clothes of working men and women disrespectful?)

The ANC needs to try to smother the EFF with love, not violent disdain. The fact that the ANC seems so unsure about how to handle Malema shows how much it has lost the political plot.

It may yet recover its senses and figure out a way to sort out the EFF, whether by deploying the infiltrate-divide-and-rule strategy used with such good effect on the Congress of the People or by applying the seduce-and-succumb modus operandi that was so persuasive to the less principled members of other smaller opposition parties such as the United Democratic Movement and the National Party during the period when floor-crossing was permitted.

It is not beyond the realm of possibility that one day we will wake up to find that Malema is the new (ANC) premier of Limpopo.

The ANC also has to figure out how to get its legislative programme across to the public as well as through Parliament. Now that the Democratic Alliance has 80 MPs, it ought to be able to provide strong opposition in every single parliamentary committee.

Poked and provoked by Malema, the ANC will be fighting across a very broad front and with a large number of inexperienced foot soldiers in its ranks.

The ANC can always use its still large majority. But, if it does so too often, it will look weak. Much will depend then not only on how its chief whip deploys his own troops but also on the strategic path the leader of government business, Cyril Ramaphosa, chooses to take.

Only then will we know whether this characterful new Parliament will have political relevance and whether it will do anything useful to help the beleaguered majority who have neither employment nor hope and who are turning with increasing and understandable ferocity to extra-parliamentary politics.

Richard Calland is the author of The Zuma Years (Zebra)