US-Africa summit: Zim shivers alone out in the cold 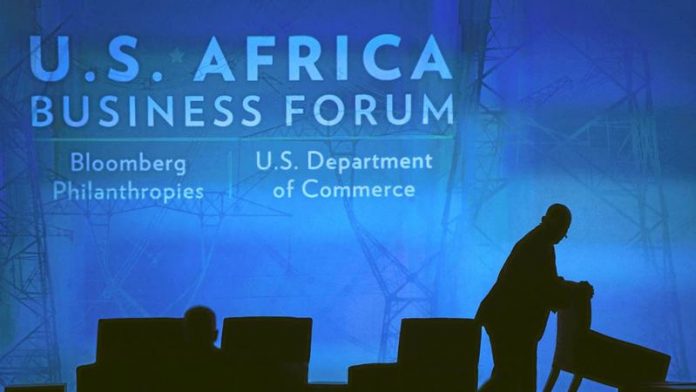 When African leaders arrived in Washington for the United States-Africa summit on Monday this week, the main story in Zimbabwe’s state press was about a violent row between Zanu-PF Women’s League candidates in Gokwe district.

Zimbabwe, Sudan, the Central African Republic, Eritrea and Western Sahara were not invited to the summit.

That has been the story of Zimbabwe’s international isolation for over a decade – always the crazy uncle who never gets invited to gatherings, left to wave his fist from outside, claiming he does not care.

Many see the US-Africa summit as a clumsy attempt to counter China’s march across Africa. But, desperate for money to fund economic recovery, many would have thought the Zanu-PF government would be watching the summit like children pressing their noses against the window of a sweet shop.

Instead, the party has been too busy with the drama of its internal power games to notice other countries steaming further ahead of it.

Finance Minister Patrick Chinamasa scours the world for investment, but some of his own colleagues seem content in isolation.

Just a fraction of the possible $14-billion in new investment pledged at the summit by American companies or the $100-billion fund to support infrastructure projects in Africa would please Chinamasa. More than 90 American companies attended a business forum at the summit, with firms such as General Electric and Ford pledging billions in new investment.

“These agreements represent conclusive evidence that America is open for more business with Africa as the continent’s economic ascent is just beginning,” the US commerce secretary, Penny Pritzker, said in a statement.

But the Zanu-PF government will never admit it needs any of this. Zimbabwe has spent years casting itself as Africa’s last bastion of resistance against imperialism and it is not about to change now.

Last week, at a party to celebrate the first anniversary of his re-election, President Robert Mugabe criticised African countries for accepting Western aid, which was why they had no spine to stand up to Western hypocrisy, he thundered.

Who, Zanu-PF officials chorused all week, wants to be summoned to the US just to be lectured? The summit was nothing more than “speed dating”, an opinion piece in the state press said. Mugabe was not invited to the summit because he was “an assertive nationalist”, said Deputy Foreign Affairs Minister Chris Mutsvangwa. “We have no misgivings when America decides to exclude us,” he added.

The summit was nothing more than “a poor imitation of the China-Africa summit”, Zanu-PF spokesperson Rugare Gumbo said.

China and Zimbabwe
In 2009, China overtook the US as Africa’s largest trading partner. Last year, US trade with Africa fell to $60-billion, dwarfed by China’s $170-billion. Zimbabwean officials are quick to quote these figures to validate their “look East” policy.

But the trouble is that not even the Chinese are rushing to the country’s aid. In June, Zimbabwe could only get a few minutes with Chinese Vice-President Li Yuanchao when he visited the region. Li did not even leave the airport lounge, squeezing in a little time to speak to Vice-President Joice Mujuru before flying on to Zambia.

Later this month, Mugabe makes another trip to China, hoping for better luck. But the Chinese are as sceptical as everyone else about Zimbabwe’s ability to pay back loans and have sent countless delegations back with nothing more than token pledges. China is the biggest investor in Zimbabwe, with trade doubling over the past three years to more than $1-billion last year.

“China may be stepping up investment in Africa but our share is well short of what we need. We wrongly think the world owes us a living, that the world will come begging to trade with us,” said Takunda Mugwagwa, an economist. “On its own, the US-Africa summit will not save Africa, but Zimbabwe needs to be in among the top tables to remain relevant.”

Zimbabwe has been looking elsewhere for friends. This week, Minister of Mines Walter Chidakwa announced a $1.6-billion platinum mine deal with Russian investors. But analysts see little else happening until Zimbabwe ends its isolation.

In April, it had a chance to come in from the cold, but Mugabe boycotted the summit after the EU denied first lady Grace Mugabe a visa.

The impact of Zimbabwe’s politics of isolation continues to be felt beyond the political corridors. Zimbabwean athletes sat out the Commonwealth Games because the country withdrew from the group in 2003. Just like their government, because of politics, they just cannot play with others.