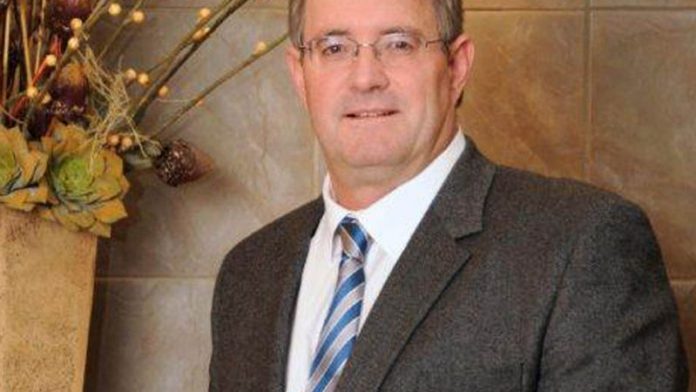 The University of KwaZulu-Natal’s (UKZN) new vice-chancellor will be scientist Albert van Jaarsveld. He was the only outsider on a shortlist of three who competed for the post that outgoing vice-chancellor Malegapuru Makgoba has held for 10 years and will vacate in December.

UKZN council chairperson Phumla Mnganga announced the university’s new leader late on Thursday afternoon, saying van Jaarsveld “brings with him a wealth of experience and new ideas on how to keep the university on an upward trajectory, building on its record of excellence through transformation”.

Van Jaarsveld, who has been president and CEO of the National Research Foundation (NRF) since 2009, and whose appointment there was renewed in February this year for a further five years, has a PhD in zoology from the University of Pretoria.

Most of his academic life before joining the NRF was divided between two formerly white Afrikaaner universities, Stellenbosch and Pretoria, in which he held both academic and managerial positions. Conservation planning and biodiversity are among his research interests.

Now he will take over a university vastly different from those two bastions of privilege: UKZN was created from the stormy 2004 merger of the former universities of Durban-Westville (with a then largely Indian student population) and Natal (then mainly white and English-speaking).

‘Serial controversies’
Since the merger, UKZN has weathered serial controversies, mostly centred on tensions concerning its style of management. In 2008, for instance, the Council on Higher Education’s (CHE) audit of the university pinpointed clashes between UKZN’s “institutional culture and academic freedom” and described a “culture of hostility”, deriving from “adversarial” relations between management and academics that “stifled debate”.

It also found that problems with UKZN’s mission to be “the premier university of African scholarship”, the effects of staff disaffection on student morale and inequitable student-support services – such as transport – across the university’s widely spread campuses were high on the list of the university’s woes.

More recently, four students faced disciplinary charges earlier this year for writing an open letter to Makgoba complaining about high tuition fees and poor campus security. The charges were subsequently replaced, at the suggestion of university management, by a mediation process.

However, the CHE audit also praised UKZN for the “sharp increase” in its research output and efforts to improve staff qualifications. In various global ranking systems since the 2008 audit, UKZN has frequently performed more highly in research production than any other merged university in the country. “I have been presented with an invaluable opportunity to return to academia in a capacity that will bring me closer to the coal face of skills development and scientific research in South Africa,” Van Jaarsveld said in a statement.

“I feel that I can make an important contribution to UKZN in its efforts to further grow its teaching stature, improve its research capacity, to contribute to institutional transformation and to enhance the international standing of UKZN as a major research-driven higher education institution.”

The university plans to teach online as South Africa’s lockdown continues, and is offering zero-rated data for its teaching sites, as well as computing devices for students
Read more
Article

How South African universities are preparing for coronavirus

UP has temporarily disabled its biometric access systems, and several other institutions have established task teams ready to leap into action when Covid-19 hits their campuses
Read more
National

Is life back to normal at UKZN?

With private security keeping watch, the university and SRC seem to be working towards a compromise on student debt
Read more
Press Releases