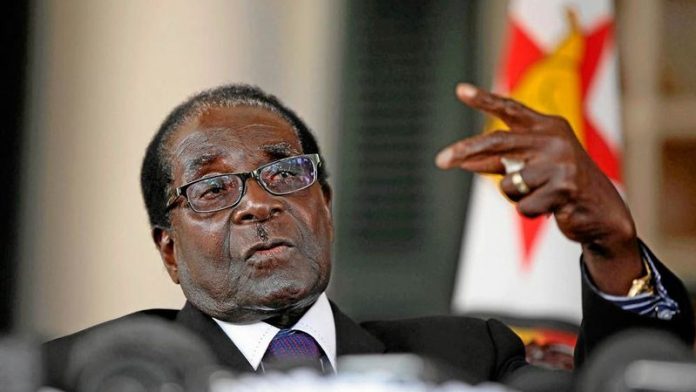 Zimbabwe has influenced the Southern African Development Community (SADC) to adopt a development agenda that is in line with the government’s economic development blueprint, Zimbabwe Agenda for Sustainable Socio-economic Transformation (Zim Asset), developed from Zanu-PF’s 2013 election manifesto, it was confirmed yesterday.

Zimbabwe is hosting the 34th SADC heads of state summit in Victoria Falls, which begins on Sunday. The theme for this year’s summit is SADC Strategy for Economic Transformation: Leveraging the Region’s Diverse Resources for Sustainable Economic and Social Development through Beneficiation and Value Addition.

Value addition and beneficiation is the fourth cluster of Zim Asset, an ambitious five-year development plan that requires $27-billion (R286-billion) to implement. The programme seeks to achieve sustainable development and social equity anchored on indigenisation, empowerment and employment creation propelled by the exploitation of human and natural resources.

Although Foreign Affairs Minister Simbarashe Mumbengegwi, who is the chairperson of the SADC council of ministers, said the theme was developed collectively by the region, SADC executive secretary Dr Stergomena Lawrence Tax confirmed that Zimbabwe had come up with the theme. She thanked Zimbabwe for coming up with a relevant theme.

Secretary for Foreign Affairs Ambassador Joey Bimha also confirmed that Zimbabwe had developed the theme, which he said was in line with the SADC development goals.

“You choose an element of the SADC development agenda and that is what Zimbabwe did,” he told local newspaper The Standard.

Regional relevance
Mumbengegwi justified the theme at a press conference on the outcome of the SADC council of ministers meeting held on Saturday, saying it was carefully selected and relevant to the entire region.

“The theme was carefully selected in close consultations with the secretariat in line with their expertise and expectations,” said Mumbengegwi.

“We all know that industrialisation is the bedrock of economic development. We can’t improve the quality of life of our people and our nations without paying attention to the whole process of industrialisation, which also means adding value to our raw materials … At the moment, 92% of our resources are being exported raw.”

He cited the example of Zimbabwean tobacco, which he said is getting only 10% of its value whereas  Zimbabwe would benefit tenfold if value was added.

Criticism
Some critics, including former SADC executive secretary Dr Simba Makoni, have castigated Mugabe and the Zimbabwean government for imprinting Zanu-PF values on the theme of the summit. Makoni headed the SADC secretariat between 1984 and 1994.

He said that during his tenure, SADC themes were not determined by the incoming chairperson and their year in office, but were drawn from a broad strategy of the organisation.

“I don’t even believe this theme we are giving to this summit is the consensual theme of the collective; this is a unilateral decision, because we have a particular message we want to convey particularly to the international community and our regional peers that the battlefront is on natural resources, is on resource sovereignty, is on resource nationalism,” said Makoni.

“I would challenge, I have not been in there, that there was a resolution of the council of ministers or the heads of states which said SADC is now going to drive resource nationalism as its main platform.”

Mumbengegwi said that as a way to ensure local beneficiation and value addition in the mining sector, Zimbabwe had come up with a law that stipulates 51% of shares should be in the hands of indigenous persons. But he said Zimbabwe did not want to impose the policy in the region, hence the issue would be discussed at the summit to find a regional response.

‘The Zimbabwe approach’
“All I can give is the Zimbabwe approach. I am not imposing it on SADC. After discovering this [that foreign companies were not keen to add value], we have legislated an arrangement where in the mining industry at least 51% of shareholding must be held by Zimbabweans, so that Zimbabwe has a final say in the running of mining companies in order to address these contradictions,” he said.

“In the absence of such a law, we have to ask the companies involved to invest in the beneficiation of the mineral. It is a challenge and cannot be solved overnight, but it is what we must address. With determination and concerted effort it can be done, that is why it is on the agenda of the summit.”

Tax said the fact that 15 countries and 13 heads of state were participating in the summit was testimony that regional leaders were keen to ensure the region develops.

The summit will, among other things, discuss the peace and security situation in the country and review the Regional Indicative Strategic Development Plan. A study chronicling the liberation struggle in the region will launch at the summit and the draft Protocol on the SADC Tribunal will  be up for discussion.