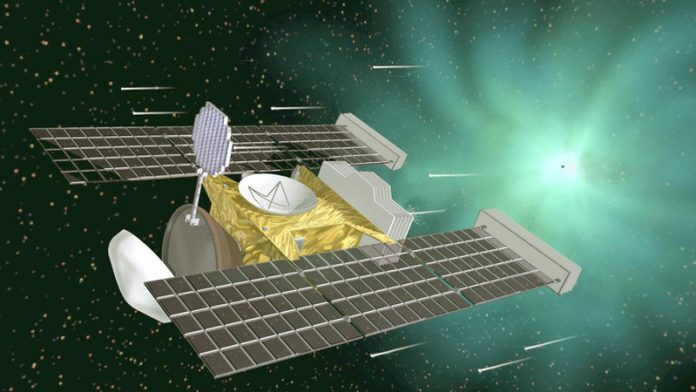 It could be the most exotic material on the planet. Seven particles of dust brought back to Earth by a spacecraft nearly a decade ago appear to have come from beyond our solar system.

The specks have all the hallmarks of being created in interstellar space. If confirmed, it would make them the first material from outside the solar system to be brought back for study.

Scientists found the tiny particles – including some shaped like fluffy snowflakes – on detectors carried by Nasa’s Stardust probe, which launched in 1999 on a mission to capture dust from interstellar space and the tail of comet Wild-2.

The detectors were dropped to Earth by parachute when Stardust flew past in 2006. Each detector worked like cosmic flypaper and collected particles as they hurtled past.

The dust might have been created in a supernova explosion millions of years ago and shaped by exposure to the harsh extremes of space. “These are very precious particles,” said Andrew Westphal, a physicist at the University of California in Berkeley.

The two largest fluffy particles contain a crystalline magnesium-iron-silicate mineral called olivine, suggesting they came from the discs around stars and were altered by the interstellar environment, said Westphal.

Two particles were found from the tracks they left in detectors made from aerogel, an ultralight and porous material. Scientists found a third track from a particle moving in the same direction, but it was moving so fast, at more than 15km a second, that it vaporised on impact.

Four more particles, with the right chemical make-up for interstellar dust, were found at the bottom of pits left in thin aluminium foils built into the detectors. “They were splattered a bit, but the majority of the particles were still there at the bottom of the crater,” said Rhonda Stroud at the Naval Research Laboratory in Washington, DC.

Researchers identified more than 50 other particles of spacecraft debris in the Stardust detectors, according to a report in Science.

Anton Kearsley, a microanalyst who took part in the study at the Natural History Museum in London, said recognising interstellar dust was a huge challenge. “In the end, 30 000 people around the world worked through thousands of digital microscope images … and eventually found the tracks that included interstellar dust particles,” he said. – © Guardian News & Media 2014