Take solace in the divine 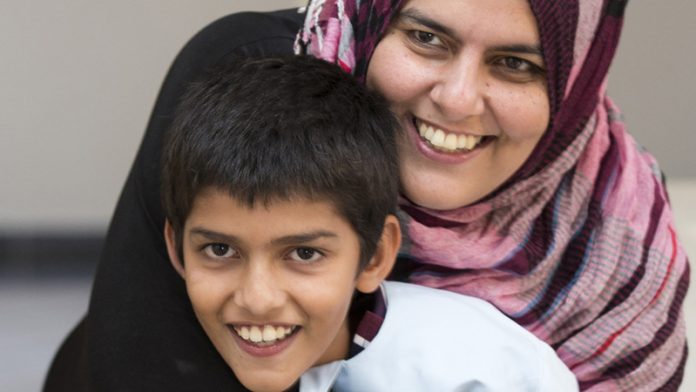 If there’s a God then why would He allow natural disasters, terminal illnesses, war and poverty to happen?” It’s a question that has often come up in discussions I have had with people I know — atheists; as well as Muslims who are questioning their faith; and one that I have seen on various online forums. I would be lying if I said the question hasn’t crossed my mind. It has.

But over time, as I’ve encountered one challenge after the other in my life, as well as witnessed the challenges faced by other people, I have to come to realise and to believe with firm conviction that natural disasters, terminal illnesses, war and poverty happen because there is a God.

In many ways, my life has been easier than the lives of many of the people I try to uplift via a range of programmes initiated by the Institute for Learning and Motivation – South Africa (ILM-SA), a nongovernmental organisation that I co-founded in 2006. For example, where they have been unable to easily access the basic necessities of life — housing, healthcare, food, clean water, electricity, clothing and education; at 38, I can safely say that these things have always been handed to me on a platter.

My life has also, undoubtedly, been easier than those of the millions of people worldwide who have experienced war and natural disasters.

Having said that, however, at the end of the day the fact remains, that on a micro-level, each of us – as human beings – do face our own set of personal challenges.

And in this regard, I am no different to anyone else. Other (numerous) challenges aside, I have been divorced three times. Once at the age of 22, when the mother of the young man I was married to decided I was not good enough for him. In the period leading up to and following the divorce, crying desperately into my pillow at night, I thought I would never ever be able to move on with my life.

I did move on of course, and started a magazine that was at the time South Africa’s only publication catering for Muslim women, followed by another, more family oriented one. But my obsession with the idea of marrying (and it would require an entire book to explain this further) meant that in my late twenties I took the plunge again, even though all indicators pointed to the fact that this would not be the happiest of unions. And it wasn’t. There was verbal, emotional and physical abuse, further accentuated by the dreary loneliness of South West London. But there was also my son, Amr, born bright eyed, vocal, strong limbed and alert, in the early hours of the morning in a hospital across the road from where I lived.

This time I walked away, drowning myself in community media work as well as volunteerism, back in South Africa. It was during this period that I founded ILM-SA, starting with a small weekly gathering of women who would meet to discuss what various aspects of Islam meant to them, and progressing to conferences, workshops, and other events — all aimed at encouraging Muslims to live Islam as a holistic way of life, as opposed to a set of rituals — as well as a humanitarian wing that provides bursaries and other forms of help to society’s less privileged.

But my tale of marriages gone wrong does not end there. Once again against my better judgement, I tied the knot six years later to a man who felt threatened by my relationship with my son and my mother as well as my work, and who appeared to be more interested in his previous marriage than ours (case in point, after our divorce, he re-married his ex-wife!) — all of which he dealt with in not the most pleasant of ways.

I won’t reveal which ex-husband did what, but I will admit that I have been cheated on, punched, mocked, and threatened (among other things — like having a can of shaving foam emptied on me).

Yes, these experiences have hurt my heart, my soul and my spirit. They have caused untold damage to my self-esteem. And the psycho-analysts out there will be spot-on when they conclude that underlying issues have dictated my choice in men. I have not been in denial about this, and have been tackling those issues head on, painful as this too may be.

On my journey toward attaining peace there have been many tears, sleeping marathons and binge eating sessions.  There have also been psychologist, anti-depressants, body talk and kinesiology all of which have helped with the healing process.

I’ve also enjoyed the support of my family and friends, and in my darkest of moments, I have clung to my beacon of light – my Amr – whose tiny hands and small stature belie a great capacity to give and receive love.

But over and above all of that there has been God.  Who has promised in the Qur’an that ‘…with hardship there will be ease,’ and has repeated this immediately thereafter for emphasis (Chapter 94: Verses 5 and 6).  Who has assured us that He will test us ‘with something of fear and hunger and a loss of wealth and lives and fruits,’ but has followed that up with a promise of ‘glad tidings to the patient, who when disaster strikes them, say, “Indeed we belong to Allah, and indeed to Him we will return”’ (Chapter 2:  Verses 155 and 156).

Since 2012, ILM-SA has hosted an annual conference called Muslimah Today which brings a diverse range of Muslim women from around the country together in Durban to discuss issues relevant to them.  We are ‘black’, ‘white’, ‘Indian’ and ‘Coloured’…we are rich and poor…we are housewives and  businesswomen…we are young and old…we are married and single; but we listen to one another, laugh and cry with one another, and pray with one another.  We see in one another’s eyes resilience, strength, patience and perseverance.  And when we share painful experiences, we may tear, but it’s always with the tinge of a smile because we know and believe with conviction that whatever has happened has happened because there is a God.

*I co-founded ILM-SA with a friend of mine, but she left a few months after its initiation to pursue other goals.

Fatima Asmal is a freelance journalist who writes mainly for the Mail & Guardian. She is also the director of ILM-SA.

​Queer Muslim women are making salaam with who they are

â€‹Queer Muslim women are making salaam with who they are