Protests are a cry for political recognition 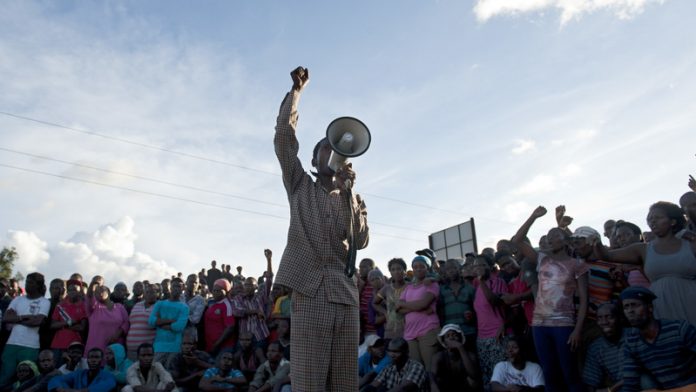 There is a kernel of truth in the now-trite “rebellion of the poor” idea. Though there is no single causal thread linking all the “underlying causes” of protests in poor, largely African communities, their location suggests that they are born out of the deep historical inequalities in income and influence, and are driven by the social powerlessness experienced by poor black people.

Limited opportunities
These arguments have merit, but don’t explain the protests entirely. Other views suggest that they express dissatisfaction with the limited opportunities for influencing decision-making and resource allocation, suggesting a crisis of political representation.

A more explicitly ideological critique suggests that the protests are a reaction to the ill effects of a neoliberal turn at local level, enabled by the restructuring of municipal entities, public-private partnerships and the outsourcing of service delivery. These have resulted in the commercialisation of basic public services, leading to mass home evictions and water and electricity cut-offs, with poor households the worst hit.

This explains only a limited set of cases. There is merit in the argument that a neoliberal policy affects poor communities markedly. It belies the distributory governance policy illustrated by the national treasury, which shows a consistently expansionary budget over the past eight years, resulting in the state spending almost “R120?billion on social assistance, with an average 11% increase every year since 2008-2009”.

This extensive state provisioning, however, does not align with the obvious ill effects of neoliberal municipal restructuring. Nor does it adequately explain why stubborn rates of racialised poverty, inequality and unemployment persist. In the context of such high levels of state provisioning, corruption or the inability of political representatives to get poor households on to the indigence register may be the real culprits.

Protests are currently concentrated in urban townships and the informal settlements on city margins. If the cause was neoliberal policy, we should see more protests in other parts of the country, where poverty and unemployment are worse.

Also, policy contestation comes from a self-declared left, such as some social movements, the Economic Freedom Fighters and National Union of Metalworkers of South Africa, and from the right – the Democratic Alliance and elite policy think-tanks such as the Institute for Race Relations or the Centre for Development Enterprise. But these impose a politically interested reading on the protests, rather than provide an explanation.

No casual explanation
Recognition is the first step to being heard as a citizen imbued with rights and not merely as a subject of the state or the object of its service delivery. Violent forms of protest appear to be the only way in which people feel they are recognised and heard.

But there is a second recognition sought by poor black communities: it is sought from fellow citizens who are white because the fortunes of the transition from apartheid to democracy have not been equally favourable to all. Unlike the recognition that is sought in order to be heard, these latter forms of recognition demand empathy with their living conditions.

There is rarely a single causal explanation for protests. Each explanation has some cogency and currency, depending on which protests or aspects are scrutinised. Narratives of the reasons for protests compete with each other, or may complement each other – as the crisis of representation and lack of accountability explanations do.

We should seek greater convergence between competing and complementary views. Whatever the shortcomings of reportage and research, they point squarely to governance failure and a crisis of representation, not necessarily to the fact that the protests are an insurrectionary rebellion of the poor.

Ebrahim Fakir
Ebrahim Fakir is the director of programmes at the Auwal Socio Economic Research Institute (ASRI), and member of the board of directors of Afesis-corplan, a nongovernmental organisation in the Eastern Cape. He is also a member of the advisory council of the Council for the Advancement of the South African Constitution
Facebook
Twitter
WhatsApp
Linkedin
Email
Telegram