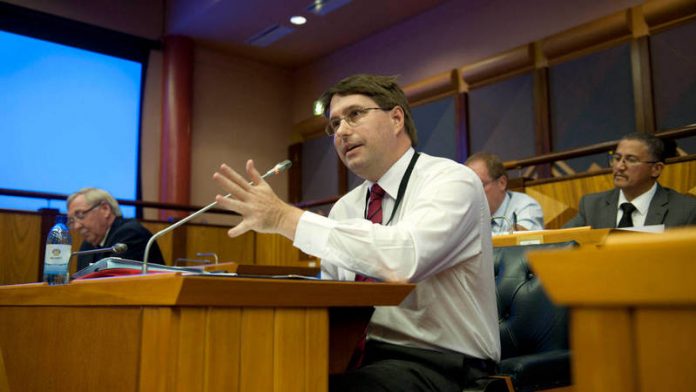 Both the public protector and the military ombudsman contradicted claims this week made by the South African National Defence Force that a controversial aircraft brokering company is being investigated for its part in a series of transgressions, including bungling its part in the battle of Bangui.

But in further fallout since amaBhungane uncovered how Y&P Logistics received the bulk of SANDF tenders despite questions being raised about its conduct, auditor general Kimi Makwetu has been asked to investigate the company and its dealings with the defence force.

Last week, it was revealed how Y&P received 91 tenders in the 15 months leading up to June this year with a cumulative value of R209?million, despite repeated calls from high-ranking SANDF officers for an investigation into a range of transgressions. During the same period, six rival companies jointly received 40 tenders worth R67-million and one company received none at all.

On Wednesday, Makwetu was asked to launch a “special audit and investigation” to scrutinise the award and implementation of a three-year contract to five shortlisted companies, of which Y&P is one, to deliver air charter services to the SANDF, Democratic Alliance MP David Maynier said.

He also asked Parliament to establish an ad hoc committee to investigate the “circumstances surrounding the deployment of SANDF troops in the Central African Republic and the details of their engagement in the armed conflict [in March last year]”.

Maynier added that “there is a prima facie case [regarding] irregularities in the awarding and in the subsequent implementation of the tender”.

Criticism
According to restricted SANDF documents, Y&P was severely criticised for its role in the battle of Bangui, only delivering an Anto­nov transport plane for desperately needed armoured vehicles and equipment days later than its tender requirements stipulated.

Although the planes of two rival companies could have left for the war zone immediately, logistics procurement head Brigadier General Edward Mulaudzi “preferred to ignore the information at hand” and Y&P was allowed to deliver late on its contract, according to a report by joint operational support director Brigadier General Tersia Jacobs.

Major General William Nkonyeni, the head of joint operational headquarters, in a separate report listing several misdemeanours, also recommended the removal of Y&P from the suppliers’ database. According to him, the company had “no previous aviation experience”.

The documents also describe how the SANDF only started making con­tingency plans on the night the soldiers faced their most severe battle and suffered the most fatalities. During the three-day battle, 13 were killed and 27 injured.

Maynier said the committee would decide on its mandate but would investigate “a number of issues, including the catastrophe surrounding the air transport during the battle of Bangui, the processes followed in awarding the new contract and how it was implemented”.

It came into effect in November last year and was awarded to five shortlisted companies, none of which owns aircraft, despite this being a requirement. High-ranking officers questioned the list and the process was reviewed in September last year.

Disastrous
A Y&P-brokered aircraft also apparently suffered depressurisation problems on a flight from Kinshasa to OR Tambo airport in May, and in June the company allegedly chartered a plane not approved by the SANDF, which crashed while landing at Kigali.

The SANDF at first suggested there were several investigations into the matter. “It is important to note that Brigadier General Edward Mulaudzi has given evidence in all procurement-related investigations which were convened by the [department of defence], military ombudsman, public protector [and] civilian courts,” Siphiwe Dlamini, the SANDF spokesperson, said on August 28.

But a well-placed SANDF source contradicted this. When asked for details about these “investigations” on Wednesday, Dlamini said: “The [defence department] is not in a position to answer questions directed to functions or responsibilities of the offices of the military ombudsman, public protector and civilian courts.”

According to public protector Thuli Madonsela’s spokesperson, Kgalalelo Masibi, no investigation regarding Y&P Logistics or the battle of Bangui was reported to their office.

Lieutenant General Temba Matan­zima, the military ombudsman, also denied investigating any related matter and, according to the source, no civil proceedings have been instituted either.

The only investigation of the broader matter seems to be a “board of inquiry convened [by the department] in respect of the chartering of Antonov aircraft during the battle of Bangui”, Dlamini said.

Although “Y&P was also summoned to give evidence to the board”, a source claims that neither the company nor its dealings with the SANDF was the subject of the investigation.

Something for the long weekend? Try our weekly puzzle
Read more
Digital Editions