Can SA afford to go nuclear? 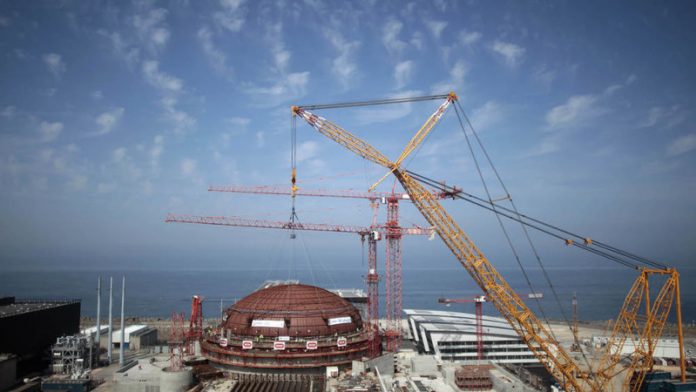 With a cash-strapped budget, a stagnant economy and a flailing power utility, South Africa is stepping into a brave new world when it comes to financing its nuclear ambitions – and there are both massive risks and rewards to be found in this largely uncharted territory.

There is little doubt the extra energy is desperately needed. It has recently emerged that even when Eskom’s long-awaited Medupi power station is online it will not satisfy the appetite of the highly constrained energy grid. Meanwhile, the economy contracted in the first quarter of the year and barely grew in the second, and this week the government announced it will bail Eskom out with a cash injection.

The debate on whether nuclear energy is safe rages on, but whether it is affordable – something that the National Development Plan highlights in calling for an in-depth investigation of the financial viability of nuclear procurement – is another issue. Eskom would not be involved in nuclear procurement, and vendor finance has become the great energy hope for the government of late.

Vendor financing, as confirmed by former energy minister Ben Martins in 2013, is the preferred model for providing nuclear power, which, it is speculated, could have a cost ranging from R400?billion to R1.4?trillion.

With that kind of price tag, vendor financing may be the only option available to South Africa and who-ever can dangle the juiciest financial package in this regard may well take the lead in winning the strategic nuclear bid.

Bank assistance
Vendor financing is often interpreted as a vendor helping to fund a project off its own balance sheet in order to get the deal, but according to an industry insider none of the vendors in line for South Africa’s nuclear bid would be able to fund something like this solely from its own kitty.

“It’s not really vendor financing but vendor-arranged financing. The vendors that are building plants have experience with banks that know the nuclear industry,” the insider said. ‘They will most likely come [into the South African bidding process] with a bank holding their hands.”

A source within the nuclear industry who wished to remain anonymous said some nuclear vendors, such as French multinational Areva, act as suppliers for the entire nuclear cycle, which includes securing the best financing possible but not financing any part of the project off their own balance sheet.

The vendor and/or financier would then be paid through an electricity buy-back guarantee, in which case a tariff trajectory would need to be agreed upon.

Banks may have difficulty financing nuclear power projects for a variety of reasons, said Robert Gecelter, a consultant in power and infrastructure finance at Investec Bank. “With nuclear, it limits your options.”

Generation III+ safety
In a three-part report for Earthlife Africa, titled Pay More for Nuclear, author and professor Stephen Thomas argues that, because of the Fukushima disaster, which raised the risk profile of nuclear technology, all new builds will have to source the latest and safest designs, known as Generation III+.

There are a handful of options to choose from, ranging from technology provided by Areva to Westinghouse (a United States-founded company now controlled by Toshiba) to Chinese and Russian technologies and more – none of which have operating experience yet, the report said.

Thomas’s report said: “Building a nuclear power plant has always been one of the most risky investment decisions because of the very poor record of nuclear power plants being built to time and cost, and being operated efficiently and cheaply.” Obtaining finance is one of the key barriers to ordering nuclear plants, he said in the report.

The nuclear industry source, however, said there are several options for the financing of nuclear projects. “Acting within the frame of the Organisation for Economic Co-operation and Development consensus, export credit agencies are in a position to offer financing conditions to support their domestic industries. Within that frame, it is possible for an export credit agency to support the financing of nuclear new builds.”

Although nuclear power is considered cheap to run, there are considerable costs in building the plant.

Rate of funding
It is the rate of funding that will determine the viability of nuclear energy in South Africa. “This whole project tips on the interest rate – at 6% and lower it is viable; higher than that it starts looking pricey. The payback period is anything up to 20 years; after that you are printing money because [it is] so cheap to run,” the insider said, noting that plants can run for up to 60 years.

Andrew Kenny, an independent energy analyst, said the capital costs of nuclear have dropped globally. “I don’t see any reason why Eskom shouldn’t do it out of borrowings, unless government is concerned because they are so badly managed, but they don’t seem to realise they are not in business to make profits or impress some stupid ratings agency; they are there to make electricity – so just borrow the money.”

The industry insider said: “In the end the government will have to deal with the guarantees; you can’t get around that.”

In his report Thomas noted that, in 2008, when the government launched a failed nuclear bidding process, the treasury refused to offer loan guarantees.

If offered this time round, it would “expose South African taxpayers to a major economic risk”, he said.

In different countries, we offer various schemes of co-operation. Our proposals are flexible in terms of decision-making and willingness to support customers in funding. We offer solutions for financing projects that cover a wide range of possibilities to involve strategic and institutional investors, as well as in the area of debt financing.

We were the first worldwide to apply the BOO (build-own-operate) principle in the nuclear industry, in Turkey, to build that country’s first nuclear plant.

In Finland, we have acquired a 34% share in nuclear power company Fennovoima, which is building the country’s first nuclear power plant unit Hanhikivi.

Moreover, project financing may be provided in the framework of intergovernmental agreements, either through export credit or public credit on the part of the Russian Federation (as in the case of Vietnam, India, Bangladesh, Hungary and Belarus), as well as financing from Russian state-owned banks.

We understand the importance of this ambitious project for South Africa and the necessity of choosing the right financial model. We are ready to offer our experience in two models – energy performance contracting (EPC) and BOO – and create a tailor-made financial solution for South Africa, taking into account the scale and duration of the project.

We offer a strategic partnership in the development of a civil nuclear industry for South Africa and other African countries.

In addition, we can guarantee a certain price for electrical energy generated at nuclear power plants built by Rosatom, as we control the entire production chain: from uranium production to construction of nuclear power plants and the sale of electricity. Rosatom has been purposefully gaining control of the entire chain to achieve this objective, for example, we have created a machine-building division as part of the corporation. Our control over the cost of every stage of production enables us to control and guarantee the price of electrical energy generated at Rosatom-built nuclear power stations. – Rosatom spokesperson Ivan Dybov