No action on second ‘blackface’ incident 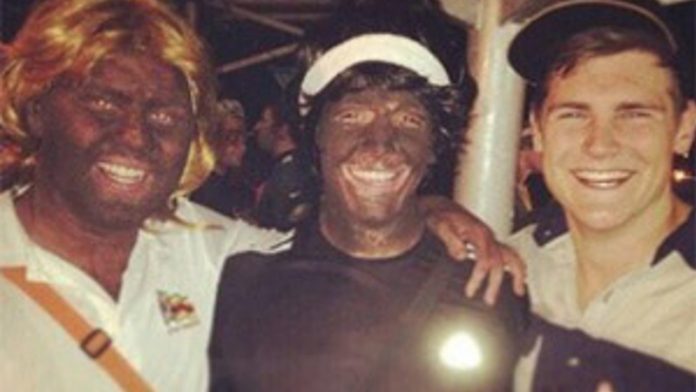 The communication and liaison department said in a statement issued on its website that, “The pursuance of critical debate and conciliatory conversations is of much greater value to Stellenbosch University’s student community than action against the students that caused the buzz on social media last week after a birthday party at Amazink in Kayamandi.”

Two of the three students posed for photos with their faces smeared black and wearing wigs and outfits meant to represent tennis stars Serena and Venus Williams. The pictures were widely circulated on Twitter. The pictures were uploaded by the third student.

The university said it accepted the recommendation of the investigation team that no disciplinary action would be taken against Michael Weaver, Ross Bartlett and Mark Burmann.

“The three students have made a commitment to participate in discussions in various student forums to help repair relations after their actions had caused resentment and hurt,” the institution said.

Second incident this year in SA universities
This was the second incident of “blackface” at an institution of higher learning in the country. Two students from the University of Pretoria were suspended from their residence in September after a picture of theirs went viral on the internet. The picture distributed on social media showed the pair of female students in domestic worker outfits with black paint smeared on their faces and arms. They posed with headscarves and padded bottoms.

Stellenbosch University acting rector and vice-chancellor Professor Leopoldt van Huyssteen said although the institution would not be taking any disciplinary action, they still regarded the incident in a very serious light.

Sensitivity
Van Huyssteen said although the investigation confirmed the students’ statement that they attended the 21st birthday celebration and that they dressed up according to the theme of the party, sensitivity was needed due to the history of the country.

“… our country’s history and vulnerable relations demand that we should be sensitive to remarks, actions and terminology that may be hurtful and offensive.

“The storm that the photo provoked on campus, in the media and on social platforms, confirmed this in the run up to the university’s diversity week. The chain of events over the past week resulted in a valuable learning experience for the three students and our campus community,” he said.

The institution also announced that the incident, the complex South African context, the meaning of “blackface” and the related sensitivities would be included in discussions in residences, the listening, learning and living structures, in leadership training and the 2015 welcoming programme. It would also become part of the short course curriculum of the Frederik Van Zyl Slabbert Institute for Student Leadership Development. – Sapa

Satellite tags on whales to give reason for their decline