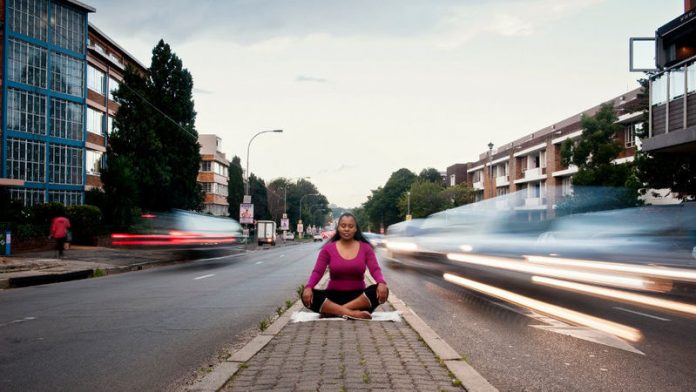 I am black middle class. I matriculated from a prestigious girls’ school in Pretoria, obtained a degree in economics and worked for a global consulting company. I live in the hipster capital of Johannesburg, am a wine, tea and coffee snob, and my favourite form of exercise is yoga. Naturally, I have picked up a few white friends along the way. I really do love my white friends, but I often find myself struggling to be in an honest relationship with some of them.

There is an internal transformation undergone by millions of black South Africans like myself to fit into a white-normative society to assure ourselves of easier access to certain socioeconomic privileges. It influences how we speak, what we take an interest in and how we present ourselves.

But as we mould ourselves to fit, we lose something, while giving our white peers the convenient assumption that one can “outgrow” race. We are expected to refrain from defining their experiences through a racial tint and not be like “the rest of them” — while being constantly reminded that we are black.

My first promotion came in 2009, a year so bad the economy saw a record -6.3% economic growth rate for the first quarter of that year and a -2.7% growth rate in the second. Despite this, I was one of a handful of people to get a coveted promotion. A white male friend and colleague cut my celebratory mood short with a passing comment: “Let’s not pretend your promotion had nothing to do with affirmative action.”

In an attempt to console me, another friend, also white, pointed out I had an outstanding performance rating while outside the country, thus proving my worthiness — unlike the other black woman I was promoted with.

To them, one enters their world through merit, and legislation such as black economic empowerment is seen as a form of cheating. To prove that I am better than the rest, I must make it without any help. Only then will I have earned my place. Of course, none of them would say it so bluntly — and to be fair, I am not sure they all realise they think that or if they realise the powerful economic network they belong to by virtue of their race. But when a friend, no matter how dear, rationalises how my hard work proves how I am not like “the others”, tragically they do.

Racial tint
Both of my white friends saw my performance through a racial tint, from two entirely different perspectives. We all see race. But it is I who will face opposition for bringing it up. If I had to mention that I had succeeded despite and not because of my race, both would have accused me of being race obsessed, maybe even racist.

A few weeks ago, I found myself in a passive-aggressive exchange with a dear (white) friend about gentrification. In my view, the model was capitalism’s version of the 1913 Land Act, substituting economic power with political mandate, and in the end black and coloured people were being displaced. In hers, I was racialising an economic issue, making it unnecessarily complex and besides, “as a middle-class person [I was] part of the problematic class and therefore complicit and guilty by association”.

Over time I have had to constantly remind myself that my white friends and I occupy the same spaces but live in different worlds. In their world, apartheid was a 46-year-long incident that ended in 1994, the moment Nelson Mandela dropped his ballot into the ballot box.

They do not understand why I am a proud product of numerous legislations meant to transform our society by raising the economic participation and living standards of those who had previously been excluded. To them this is an unfair advantage. To me, this is barely fair and not enough to dismantle centuries of methodical amassing of power to exercise over others.

In their view decisions can be purely economic and decisions that perpetuate racial discrimination are conscious; if one does not hate black people then their decisions cannot be racist.

However, while I bemoan my friends’ resistance to considering their role in the systematic antagonism of a whole people, I do accept that black middle-class life is worlds better than the life of a typical black South African.

Poor people belittled
Last month I watched the press conference of 16 striking Generations actors and found myself cringing as various speakers belittled poor people while attempting to stress their plights. Not only did the actors borrow working-class language — referring to their strike as “downing tools” and describing their “apartheid working conditions” — at some point veteran actor John Kani likened the actors’ demands to those of Marikana workers, which is both a stretch and an insult to those miners who lost their lives.

Sometimes even black people can be guilty of misappropriating the experience of the poor and working class to further their causes. Poverty is as systematic as racism, and requires that black middle-class people pay attention to how their actions deepen rather than alleviate it.

Still, although “middle class” denotes an income and lifestyle identity, it does not fully define every experience, especially in ridiculously complex South Africa.

I so wish I could find some way to show my white friends the world I live in, where I wake up daily to fight my way out of “earning” my place; a place where working for a degree, making it into that sought-after corporate job, becoming that successful entrepreneur, sports personality, minister or scientist is still not adequate to cleanse you of your inherent inferiority.

I want them to understand that black people are stuck in a game where the rules change constantly to make certain that they never win, and denial only serves to maintain this sick game.

But I fear it may be them who would not be able to handle that truth.

Zama Ndlovu is the author of A Bad Black’s Manifesto, as well as a columnist and communicator. She has several white friends and not all are represented in this piece.