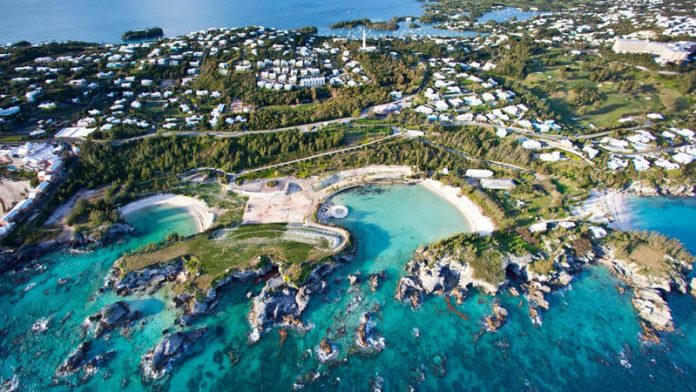 Lonmin insisted this week that it did not move millions in platinum revenues to tax-free Bermuda in the lead up to the Marikana massacre – directly contradicting four years of audited financial reports, three of which were specifically compiled for the South African Revenue Service.

Lonmin’s latest explanation only adds to a muddle of conflicting versions that it has offered to the Marikana commission and in response to amaBhungane questions.

Among the contradictions, Lonmin’s empowerment partner Shanduka has told amaBhungane it “strongly disagrees” with the former’s claim that empowerment vehicle Incwala Resources (Shanduka-controlled since 2010) blocked a decision to stop the Bermuda payments until 2012.

Last month amaBhungane reported how, for many years, Lonmin’s South African mining subsidiary has paid a 2% “sales commission” to another Lonmin-owned company registered in Bermuda, where there is no corporate tax.

If the audited accounts are to be believed – and Lonmin said this week that they are not because of a “clear error” – about R1.2-billion was moved to Bermuda between 2008 and 2012.

Lonmin says the payment was halved in 2008 and stopped thereafter.

The financial statements for Lonmin’s South African subsidiary Western Platinum, seen by amaBhungane, directly contradict this version for 2008, 2009, 2010 and 2012.

How multinationals try avoid paying taxes
Only the 2011 report fits Lonmin’s version, but there is no note in this statement to explain the earlier “error”, which is oddly repeated in the 2012 accounts.

This is known as transfer pricing: the price charged by companies for selling goods or services to others in the same corporate group.

It is legitimate and normal, but it is a tactic that can be misused by multinationals seeking to avoid taxes.

For example, a company in a tax haven might overcharge for a service from a related mining company in Africa, thus shifting group profits out from under the noses of tax collectors and concentrating them in a tax-free jurisdiction.

There is no proof that Lonmin engaged in this practice, but confusion surrounds its Bermuda operations.

Lonmin: “Pays tax fully and properly”
Lonmin said in a letter the Mail & Guardian last week that its “marketing” subsidiary was “registered in Bermuda and operating out of London” before 2007. There seem to be no employees there.

But Lonmin is adamant that it “pays tax fully and properly in all jurisdictions”.

It said the Bermuda subsidiary paid tax in the UK until 2008. However Lonmin’s group annual reports show that every single year from 2000 to 2008 it recorded a UK tax charge, which was then cancelled completely because of “double tax relief available”.

It has paid zero UK tax over this period. The company said this was because: “Lonmin plc had accumulated losses brought forward from previous years.”

A continuous confusion of contradictions
Contradicting the rationale for a separate marketing company, Lonmin told amaBhungane in August that the SA mines do their own marketing.

It then told the commission the opposite, saying the Bermuda subsidiary and later the SA branch of its UK company marketed its platinum. The company attributed the contradiction to possible “confusion”.

When evidence leaders at the commission last month challenged former chief of operations Mahomed Seedat over contradictions between his explanations and audited financials, Lonmin’s lawyer Schalk Burger interjected and said the financials were correct, but that, because the company had “retroactively” stopped the Bermuda payments in 2012 with effect from 2008, the accounts needed restating.

But Lonmin told amaBhungane this week there was no such “retroactive” restructuring and that no money flowed to Bermuda after 2008.

Last month Lonmin told evidence leaders that it only signed an agreement to stop the Bermuda transfers in 2012, not in 2007, because Incwala had “vetoed” this.

Shanduka denied the explanation this week, saying that the first it heard of the matter was in May 2012, two months before the agreement was “deemed” signed by Lonmin.

But Lonmin told amaBhungane this week that the decision had been blocked before 2010, before Shanduka took control of Incwala.

It did not explain the two year wait before Shanduka was informed of the matter.

Getting underground and creating value