The assassination surge on those fighting corruption 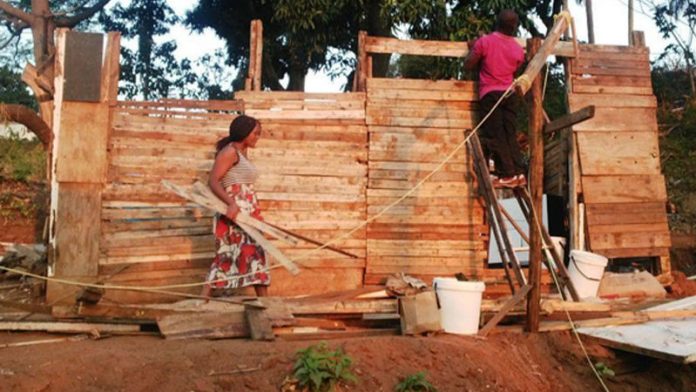 On Monday evening, not long after the sun went down, a man with a gun stepped out of the dark and into the everyday domestic routine in Thuli Ndlovu’s home in KwaNdengezi, Durban. He shot Ndlovu seven times and her neighbour’s teenage son twice. Ndlovu died on the spot. Her neighbour’s son is in a critical condition.

Ndlovu was the chairperson of the KwaNdengezi branch of Abahlali baseMjondolo. Like Nkululeko Gwala, a member of the same organisation, who was assassinated in Cato Crest in Durban in June last year, she had been the subject of serious intimidation for some time and had told her family and comrades that she expected to die.

Abahlali baseMjondolo is not alone in having to confront political assassination in this part of the country. Three members of the National Union of Metalworkers of South Africa (Numsa) were assassinated in Isithebe, an hour’s drive from Durban, in August. In March last year, Thembinkosi Qumbelo was assassinated in Cato Crest. He was involved in the same struggle against corruption and for land and housing, including a high-profile land occupation, that cost Gwala his life three months later.

But Qumbelo had joined the ANC in 2011 and was contesting local party structures. People have been assassinated as a result of conflicts within the ruling party as well as rivalry between it and the Inkatha Freedom Party (IFP) and the New Freedom Party.

People involved in grassroots struggles are also at risk of being killed by the police. An officer killed unarmed teenager Nqobile Nzuza in September last year with a shot to the back of the head while she was participating in a protest organised by Abahlali baseMjondolo in Cato Crest. The police have killed at least 43 people during protests around the country during the past 10 years. This figure doesn’t include the 37 striking miners the police killed in Marikana in August 2012.

Organised attacks
In Marikana, shots fired at striking miners from the local office of the National Union of Mineworkers triggered the violence that ended in the police massacre. There have been a number of cases in Durban since 2009 in which members of the ruling party have attacked people who belong to organised groups outside of the ANC. In some cases, party leaders have sanctioned such violence.

When ruling party members attacked members of Abahlali baseMjondolo in the Kennedy Road shack settlement in Durban in 2009, provincial minister Willies Mchunu declared that the settlement had been liberated. Last year the media drew attention to a speech given by ANC Durban chairperson Sibongiseni Dhlomo, which was understood in some quarters to have officially sanctioned the assassination of Gwala four hours later.

But nothing was made of the fact that Dhlomo responded to militant protests against corruption and eviction in the same area by urging “the community” to not “rely on police, but be protective of this area”. Abahlali baseMjondolo has reported in recent days that ANC members have arrived in Cato Crest and Lamontville, backed by the state’s armed forces, to demolish their members’ homes.

The municipality in Durban, like others around the country, has a long history of sending in armed men to disconnect people from water and electricity services and evict them from their homes. These actions are routinely unlawful. In April last year, after a series of evictions carried out in Durban in violation of the law and court orders, non-profit organisation the Socio-Economic Rights Institute declared that eThekwini municipality had gone “rogue”.

These actions are often extraordinarily violent. Two residents of a shack settlement in the suburb of Reservoir Hills were killed and seven injured during an armed electricity disconnection in October last year. It’s one thing for a state to act unlawfully and violently, it’s another for a state to encourage members of the ruling party to attack those in organisations outside the party.

For anyone who lived through the civil war that wreaked so much destruction across what is now KwaZulu-Natal in the last years of apartheid, or grew up in its aftermath, this shift to the mobilisation of horizontal violence against grassroots activists is all too familiar. In the late 1980s, the apartheid state, confronting a growing urban rebellion and finding the legitimacy of its capacity to exercise violence under sustained critique, armed and supported the IFP to attack anti-apartheid forces.

A good number of the people who have ascended to power in the ANC in KwaZulu-Natal cut their political teeth in the resulting civil war. Some, like John Mchunu, who was the chairperson of the ANC in Durban from 2008 till his death in 2010, had been with the IFP during the war. After his death, the Mail & Guardian described Mchunu as having been an IFP “warlord” in the 1980s and, as head of the ANC in Durban, a “Chicago-mob kind of character, establishing a system of economic and political patronage in local politics”.

Ruling party ‘hegemony’
It is, in the main, in defence of this system of economic and political patronage that assassination is becoming an increasingly common part of political life in Durban and KwaZulu-Natal. But with popular protest having escalated over the past decade to the point where dramatic images of protesters confronting an increasingly militarised police force from behind burning barricades are a regular feature of the evening news, there is a growing sense that the ruling party’s long hegemony is under real threat.

Land occupations, road blockades and, when effective, resistance to housing projects understood to have been subordinated to the political and pecuniary interests of local party structures, strike real blows to the party’s capacity to monopolise the exercise of certain forms of power.

Numsa and the Economic Freedom Fighters (EFF) are making serious attempts to capture the discontent that is animating the popular ferment rolling through our cities. Numsa’s strength lies in the fact that it is rooted in a union that has organisational strength.

But at the moment, its stolid discourse and rather flat-footed response to an escalating social and political crisis doesn’t bode particularly well for aspirations to make significant political interventions beyond the shop floor. It is the EFF that has, with a gift for the politics of spectacle, stormed the media and begun to position itself as a serious rival to the ANC.

The EFF has certainly captured much of the political space in Marikana. But Marikana has become bigger than the miners’ struggle that turned the name of a place into the name of an event. In Durban and Cape Town, tenacious struggles are being waged over land occupations named for Marikana.

But despite all the contestation on the part of new entrants into the sphere of elite politics aiming to capture the political energies being organised from below neither of the chief contenders have, thus far, really connected with the issues, sentiments and organisations driving existing forms of popular politics in our cities. A politics organised for socialism or against white monopoly capital and for the restoration of rural land remains somewhat removed from the immediate urgencies of the urban land occupation.

In Durban, Abahlali baseMjondolo has been more effective than any other organisation in winning the support of people engaged in struggles for urban land and housing and against forms of development resulting in dispossession or mediated through systems of patronage organised through the ruling party. In Cape Town, it is organisations like South African National Civics Organisation and Ses’Khona, both directly linked to the ANC, that are at the forefront of these struggles.

As a result of the tenacity of their protagonists and the access organisations such as Abahlali baseMjondolo and Ses’Khona have won in the elite public sphere, these struggles are slowly seeping into a wider national political consciousness. But in general the middle classes haven’t shown much interest in assassinations or murders that take the lives of poor black people in places where the middle classes, white and black, fear to tread. They should take heed of Aimé Césaire’s observation, made in 1955, that colonialism has a “boomerang effect” – that what is done over there, to them, will eventually be done here, to us, at home.

In a country like South Africa, in which the logic of colonialism continues to structure social relations in many respects, the “over there” is the other side of town rather than the other side of the world. If assassination, murder at the hands of the police and the mobilisation of armed party members against popular struggles continues to be carried out with impunity in Durban, a moment will come where the middle classes have a lot more to worry about than how Jacob Zuma responds to Thuli Madonsela’s report on Nkandla.