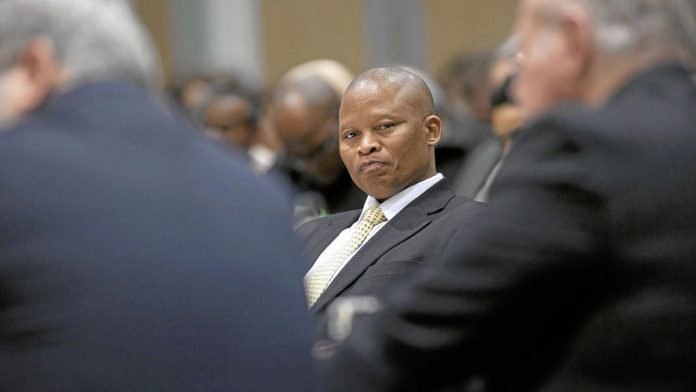 Two female candidates have lamented the blockages that female lawyers and judges face within the legal profession. These include a “boys club”, which gate-keeps positions for its peers, and a head start given to their male counterparts by virtue of their historical privilege, which necessarily means male candidates are more experienced.

The Judicial Service Commission (JSC) interviewed candidates for the position of Judge President (JP) of the Bloemfontein high court on Tuesday. There are also vacancies for the high courts in the Western Cape and Eastern Cape, and the Labour Court. Four candidates for the Free State position were interviewed on Tuesday: two women and two men. This brought the thorny issue of gender parity in the legal profession to the forefront of proceedings.

Judges Constance Mocumie, Jake Moloi and Mojalefa Rampai were interviewed for the position in April, when the JSC held interviews for the same position, but appointed no one, to the disappointment of many critics of the JSC’s track-record on pursuing a transformation agenda. All three candidates reapplied for the position, while Judge Mahume Molemela joined the contest for the position on Tuesday. Despite constitutional imperatives to pursue gender representation and to rectify the injustices of the past, the legal profession has a long way to go: out of some 239 judges, only 77 are women.

Opportunities for women
Both female candidates, Molemela and Mocumie, on Tuesday explained that in the profession, judges are invited to act in the high courts by their peers. It is not customary for a candidate to ask to be appointed as an acting judge. This leaves the cherry picking of prospective judges up to the “boys club”, which has traditionally dominated the industry, generally. Candidates were specifically asked about their views on transformation on Tuesday, perhaps indicating that the JSC itself views the issue as highly significant when making this appointment.

Mocumie has been acting in the Supreme Court of Appeal since December 2013. On Tuesday, in a marathon interview that spanned nearly three hours, she said the challenges faced by the Free State bench included divergent views on the meaning of transformation. She said the bench lacked legitimacy in the eyes of the public when women judges were not the norm, and said it was important that women be appointed to ensure that all the views of society were heard and understood.

Mocumie added that women were simply not given the opportunities that would allow them to be considered for senior positions in the profession. Molemela raised a similar point when asked why she had not occupied any leadership positions during her twelve years as a magistrate. She said women were simply not given opportunities to lead, giving their male counterparts a head start when opportunities to move up in the ranks progressed. Both candidates were queried about whether their more senior colleagues on the bench would accept their appointment, should either of them become the Judge President.

Moloi told the JSC that he had always been committed to gender transformation, having mentored and promoted women during his career. But he said merit and experience should not be sidelined. “Policy and the Constitution dictates that we advance the cause of women and I fully support that,” Moloi said. “But we cannot sacrifice merit and experience for policy’s sake. That doesn’t mean I won’t support one of them if appointed – they will find my full support. Ask them how many of their judgments they send to me to scrutinise…”

Transformation
Rampai, presently acting as the JP of the Free State high court, is the most senior candidate. During the interviews in April, it emerged that former JP, Thekiso Musi, had snubbed Rampai for the position of permanent JP by bringing in Western Cape judge Nathan Erasmus to act. Rampai said at the time he had felt “insulted” by the move, and did not attend Musi’s farewell party in protest. On transformation, Rampai admitted that the profession remained dominated by men. But, like Moloi, he seemed cautious about appointing women perceived to be junior.

“The constitutional imperative is very clear. The constitutional imperative is that women, worth just as much as men, should be given the opportunity to advance. The professional remains dominated by men,” he said. Chief Justice Mogoeng Mogoeng asked Rampai directly what the JSC should do, given that two men and two women were available for the position of Judge President. “I do not doubt the capabilities of my two sisters. They are great women. But I have to be frank, they are still relatively young. They still need time to mature to become leaders of the division. I have no doubt that with the passage of time they will mature to earn the respect of their colleagues. Every profession has its traditions. In judicial traditions it is very difficult to get a very junior colleague to lead a group of senior colleagues.”

Mogoeng said he had also been “younger than many of my colleagues” in various positions he occupied, including his time as judge president and as the chief justice.  “Perhaps things just went against tradition in my case,” Mogoeng said.  Rampai replied, “All animals are equal, but some animals are more equal than others.”