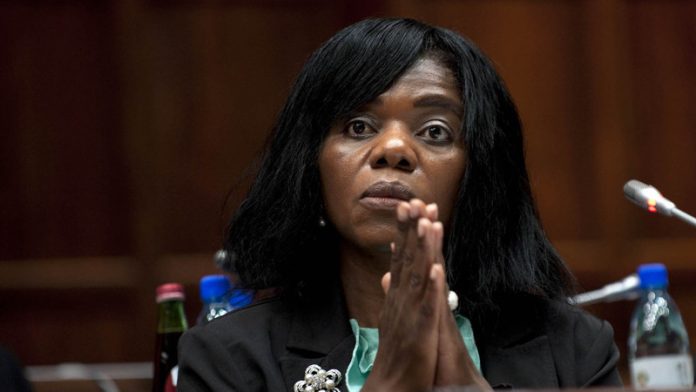 Parliament has received both a letter from public protector Thuli Madonsela describing an impasse with the presidency on her Nkandla report, as well as a complaint calling for her removal.

This emerged on Thursday at a meeting of the ad hoc committee, which is preparing a report to the National Assembly on various investigations into the Nkandla controversy.

The complaint was brought by a group calling themselves “concerned lawyers and educationalists for equality before the law”, who said Madonsela’s report, “Secure in Comfort”, was flawed in law and full of inconsistencies and errors.

The committee resolved that the complaint must be referred to Parliament’s portfolio committee on justice.

“What this letter is essentially saying is that they have a major problem with the way that the public protector, according to them, is conducting her work and has conducted her work, and because of that they are laying a formal complaint against the public protector in Parliament,” committee chairperson Cedric Frolick said.

‘Deadlock’
The committee also received a letter that Madonsela sent to National Assembly Speaker Baleka Mbete in September in which she calls President Jacob Zuma’s failure to take the remedial action she directed on Nkandla a deadlock.

“Having reflected on the issues raised in the attached correspondence and a way forward in resolving the apparent impasse in respect of the remedial action taken in my report, I considered approaching him in terms of section 8 of the Public Protector Act, and to request a debate on the matter in the National Assembly,” Madonsela wrote.

However, she added, given that the committee was dealing with her report, among others, “I have decided to defer to that process”.

Frolick said despite Madonsela’s decision to defer to the committee, he believed he needed to point out that any request for a debate would be misplaced. Madonsela also offered to appear before the committee if it believed it needed to be briefed on any aspect of her report.

‘No need to call Madonsela’
In the report, she found that Zuma had unduly benefited from the so-called security upgrades to his private Nkandla homestead in KwaZulu-Natal and should repay a portion of the R246-million spent on it.

Frolick said at this stage there was no need to call her. “The need has not arisen for any additional information from the public protector.”

The committee was due to report to the National Assembly on October 24 but is likely to miss the deadline because it is taking longer than expected to complete its draft report.

Last month, opposition parties withdrew from the committee dealing with upgrades to Zuma’s homestead, saying they would not legitimise a process they claimed was designed to shield him from liability for alleged abuse of state funds.

They walked out after the ruling party refused to agree to call Zuma to answer questions and to enforce Madonsela’s directive that he pay for luxuries added to his home.

ANC MP Mathole Motshekga previously told the committee the “majority of legal minds” agreed with the president’s view that remedies put forward by the public protector were not binding. “Our view is that remedial action is not binding, it has the status of recommendations,” he said, adding that the country’s courts had not pronounced definitively on the matter.

The opposition parties said on October 3 that they would table their own report on the matter in Parliament. – Sapa