Book a date with a creative cook 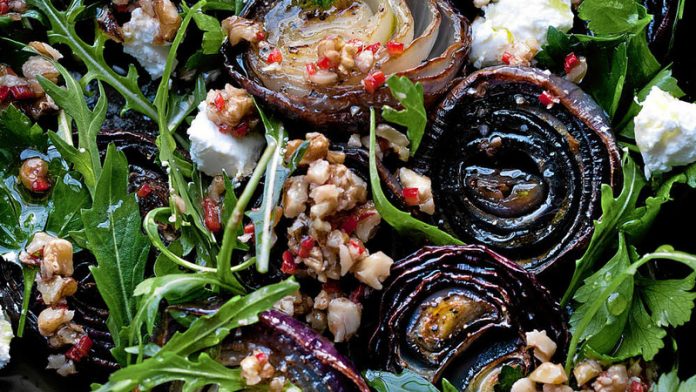 As a schoolgirl, Claudia Roden remembers longing for the recipes of home. Her family had left Egypt for France after the Suez crisis in 1956. In the introduction to her New Book of Middle Eastern Food (first published in 1968 and expanded in 2000), she recalls the family gathering at a cousin’s home in Paris, and eating ful — fava beans mashed with olive oil, lemon and hard-boiled eggs.

It was “delicious ecstasy”, though the beans were canned. The family ate in silence in the one-roomed flat. The brown beans “embodied all that for which we were homesick” in Cairo.

“We exchanged recipes as we would precious gifts. Everybody was desperately looking for them and passing them on. We never had any cookbooks.”

She says that, even at home, recipes were never written down and were transferred from mother and mother-in-law to daughter and daughter-in-law.

This is why she started collecting and recording recipes, seeking out people from all over the Middle East and quizzing them about their methods.

Those were the days before TV cooks and food bloggers and, besides Escoffier, Il cucchiaio d’argento or even Betty Crocker, cookbooks were mostly a niche market.

Yotam Ottolenghi, a famous cookbook writer and the modern champion of Middle Eastern cooking, with well over a million books sold (14 000 of them in South Africa), says in his new book Plenty More that he has had a long literary love affair with Roden, instigated by his “crippling dependence” on her Book of Jewish Food.

He later met his idol and counts her as a friend. He says her Middle Eastern cookbook still feels as current as it did in 1968, and paved the way for many writers on the subject.

Plenty More (Ebury Press, R570) is Ottolenghi’s fourth book and is perhaps his best. It’s a sequel to Plenty, published in 2010. My copy of Ottolenghi and colleague Sami Tamimi’s Jerusalem, from 2011, is stained — splattered with oil, sauces and spices. It has been consulted close to the heat of the stove, and dishes have been constructed on and around its open pages.

A new Ottolenghi book means months and months of fun in the kitchen trying out recipes. If you’re like me, some of them will become obsessions: you’ll make them again and again, trying to get them exactly right.

There is no meat, fish or chicken, but it’s not strictly vegetarian because he will sometimes suggest a dash of fish sauce.

Many of the recipes in Plenty started life in his New Vegetarian column for the Guardian newspaper’s Weekend magazine.

The way the New Yorker tells it in its excellent profile of Ottolenghi, a literary agent, Felicity Rubinstein, who lived near his Notting Hill deli and did a lot of her shopping there, suggested in 2004 that he write a cookbook. She wanted the recipes, and remembers thinking that she could cook the food if only she had a book.

He needed a place to publish them and the Guardian turned out to be it. He tells the New Yorker that at first he thought of turning the column down but was told by his agent: “The day you take that column, you’ll get a book deal.”

He had a deal three months later.

The column turned out not to be all plain sailing. He omitted to mention that aubergines can explode if not pricked before baking. Readers, perhaps scarred by hot aubergine flesh, sat down to write letters of complaint.

There were also an ugly accusation by a reader who thought that his estimation of between 100g to 150g of pasta a person bordered on the gluttonous.

He’s also not a vegetarian, perhaps giving readers wind of this when he suggested, after his very first recipe for the Guardian, a bread salad, that it would taste amazing with a piece of “slightly charred meat”.

So many letters arrived that he was sworn not to mention meat again, until 2010, when his editor told him he could write about whatever he wanted.

He wrote Plenty solo, but Plenty More is a collective effort at his test kitchen in Camden. This is where he and his team turn ideas into recipes.

He told me that after Jerusalem came out he and Tamimi had often been annoyed to find their dishes cropping up on the menus of other restaurants. But now they no longer minded. He said it was more important to “keep on being creative”.

What are the hallmarks of an Ottolenghi recipe? There will often be an unexpected ingredient — pomegranate seeds — and a playfulness. In his tomato and pomegranate salad, there are four different types of tomatoes: red and yellow cherry, plum and vine, which camouflage the deep red, almost purple, of the pomegranate.

Another thing he will readily admit to is the slathering of a dish with a yoghurt or a tahini sauce, which freshens and binds the ingredients. This also links the dish back to the Middle East or Mediterranean, such as a curry from Sri Lanka, with a drizzle of tahini.

There are cumin and coriander seeds. And strong flavours. His dishes burn with chilli, and are sometimes salty and sweet at the same time. You will often find citrus such as pomelo or grapefruit. He also roasts lemon.

Ottolenghi makes increasing use of ingredients more often found in the East, such as miso, soy beans, seaweed or rice noodles. And there’s a whole lot of new salads and soups.

I have had the book for about a week and have cooked my way through the crushed lentils with tahini and cumin (comforting and perfectly balanced with lemon juice and raw red onions), grapes, cauliflower and cheddar (a retro sweet and savoury salad), vegetables and yoghurt with chilli oil (the yoghurt cuts the richness of the fried courgettes, tomato, aubergine and red pepper), and a truly inspired dish of aubergine, potato and tomato with sumac and tahini.

The book arrived in a pristine condition from the publishers: the cover glossy, the pages pure white. A week later and it’s already stained.