Zuma comes clean on his pineapples 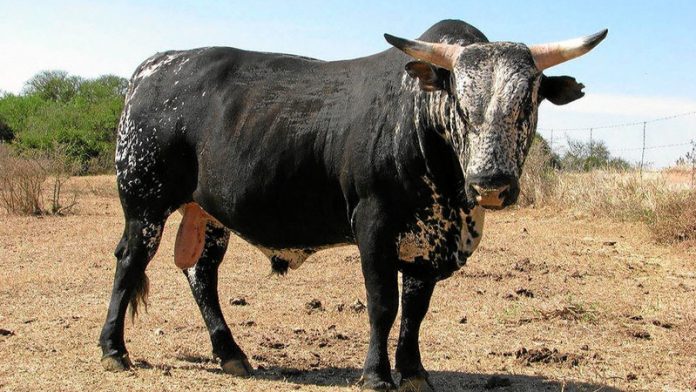 President Jacob Zuma receives a lot of gifts: more than 140 in the past year, according to his declaration of financial interests from June 2013 to May this year.

Among them are 13 boxes of pineapples and Nguni cattle: two cows – one from Namibia’s President Hifikepunye Pohamba, one from a KwaZulu-Natal chief – and a bull from King Letsie of Lesotho.

But the gifts are all that appear in the public part of the president’s financial disclosures. The word Nkandla is nowhere to be found. Nor is there any information about any shares or financial interests, directorships, sponsorships, benefits, sponsored travel or pensions that Zuma may hold in the 12 printed pages of spreadsheet that make up his section of the ministers’ financial disclosures file housed in the presidency.

Deputy President Cyril Ramaphosa, on the other hand, declared more than R70-million of his shares and financial interests, listed 16 “corporate bodies” in which he has had a directorship or partnership and 32 properties – although the properties were included in the MPs’ disclosure register released by Parliament last month, and not in the ministers’ list.

But maybe the meat and potatoes of Zuma’s financial disclosures is housed in the private part of the ministers’ disclosures.

The president and Cabinet minsters and their deputies disclose their financial interests according to requirements of the Executive Members’ Ethics Act. Under this, some disclosures may be kept in a confidential register.

What is clear from the disclosures is that Ramaphosa is a very rich man, but he doesn’t get as many gifts as the president and they’re not nearly as interesting – except for something that he described as a “nuclear model” that he received from the China Investment Corporation.

Generous gifts
Some of Zuma’s gifts are generous. Although no values were provided in the register, a Nguni cow (that’s not pregnant) can sell for between R5 000 and R9 000 and a bull can sell for anything from R5 000 to R90 000, according to the sale prices on the Nguni Cattle Breeders’ Society’s website.

The president has an enviable revamped cattle enclosure at Nkandla, thought to have cost as much as R1-million, in which to house his herd, which reportedly includes Ngunis.

The pineapples were a gift from Dr Thomas Yayi Boni, the president of Benin. Six boxes were listed as given in March and another seven were listed as received in May, for the inauguration, along with four boxes of wine.

The West African country has been part of a project in which farmers have reportedly learned how to grow organic pineapples to three times their previous size, Partners in South-South Cooperation states on its website.

As an inauguration gift this year, Cuba gave the president a box of exclusive Cohiba Behike cigars, which reportedly sell for about $50 a cigar.

Poland’s Prime Minister Donald Tusk presented Zuma with a BRM watch, a brand that is inspired by racing car engineering and sells online for up to $76 000.

Books are a favourite gift. Of nearly 20 listed, two notable ones are The Story of Dennis Sassou Nguesso, which was given to Zuma by the president of Congo Brazzaville, Sassou Nguesso himself, and The Legacy of Prince Mangosuthu Buthelezi in the Struggle for Liberation in South Africa, a gift from Buthelezi.

Disclosure
According to the Act, the financial interests that Cabinet ministers disclose must “at least include the information, and be under the same conditions of public access thereto, as is required by members of the National Assembly”.

The register of interests of MPs was published by Parliament last month.

But, the Act adds, additional information may be prescribed for ministers. Members of the National Assembly, or MPs, are bound by the “code of ethical conduct and disclosure of members’ interests for assembly and permanent council members”.

The code outlines “the minimum ethical standards of behaviour that South Africans expect of public representatives”.

Its stated purpose is to create public trust and confidence in public representatives and to protect the integrity of Parliament.

Parliament assumes that its members are honourable people and that they will fill in their financial disclosure forms honestly, a parliamentary source said. But the forms are not officially “checked” or audited. Transparency is the checking mechanism and, to this end, the public section of the disclosures is made available on Parliament’s website.

“Disclosure mechanisms are only as strong as our ability to monitor them,” said Hennie van Vuuren, a research fellow at the Institute for Justice and Reconciliation. “There is no capacity in civil society or the state to actively monitor them.

“If the disclosures were audited, it would be a way of sending a message to MPs that if you don’t disclose there will be consequences.”

At present we wait until someone is found to have broken the rules before their disclosures are audited.

Code of ethics
For members of the National Assembly, the registrar of members’ interests is responsible for the disclosures and the ethics committee investigates and takes action if any breaches of the code are reported.

The register is essentially a way of managing a conflict of interest, the source said.

A revised code of ethics for MPs will take effect in November this year, the parliamentary source said.

Despite repeated requests for comment, presidential spokesperson Mac Maharaj said he was unable to respond in time for our deadline. He was waiting for lawyers and, when he got their comments, he would respond, he said.

It remains unclear whether Zuma was allowed to keep his pineapples.

Plenty to wet the palate and sharpen the mind

Russia and China are neck and neck when it comes to foreign countries giving the most gifts to South Africa’s MPs last year, but vodka may be trumping Chinese tea in these stakes.

According to the register of members of Parliament’s interests that was made publicly available last month, these two countries have been the source of 14 gifts apiece.

China seems to have favoured tea and cakes – five MPs have received either tea or mooncakes, or both – and Russia has favoured vodka.

The former energy minister Dipuo Peters did not receive vodka but was given two bottles of wine by Russian ambassadors and a pair of binoculars by Rostom, the Russian state energy agency.

Another popular gift was a book, The Solution Revolution: How Business, Government and Social Enterprises Are Teaming Up to Solve Society’s Toughest Problems.

Six ministers and the president received copies, but the disclosure forms did not reveal whether any of them had read it.

*October 21 2014. A correction has been made to the name of Poland’s Prime Minister Donald Tusk. It was initially incorrectly reported as David Tusk. Tusk is also no longer Poland’s prime minister and will take up the position of president of the European Council in December.