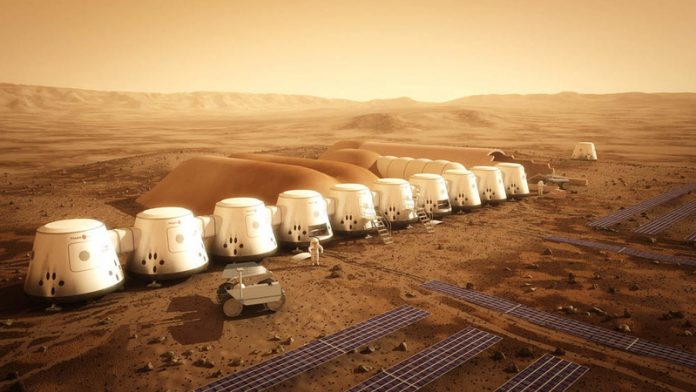 The Dutch not-for-profit Mars One project aims to establish a permanent human settlement on Mars, to be financed by turning the mission into a reality television show.

It will allow for a brief flicker of human life on the red planet before it returns to the hands of the robots, according to a recent study by the Massachusetts Institute of Technology (MIT).

The MIT researchers estimate that the first space colonist would die after about two months because of oxygen poisoning. The study concludes: “Mars One’s claim that ‘no new major developments or inventions are needed’ does not withstand scrutiny and that assessment is only for the habitation, life support, in situ resource utilisation and space transportation technologies.”

There is also the small issue of the “entry, descent and landing, the power system architecture, or the surface-to-orbit communications strategy”, which have not been outlined by the project.

A major concern is how a planet with a thin atmosphere and no easily accessible oxygen would support life. A great irony is that MIT’s study says oxygen would probably be the cause of death (that’s if the small issue of entry, descent and landing is sorted out).

“If, as the project plans, crops are cultivated within the settlers’ habitat, [the researchers] found that they would produce unsafe levels of oxygen that would exceed fire safety thresholds, requiring continuous introduction of nitrogen to reduce the oxygen level. Over time, this would deplete nitrogen tanks, leaving the habitat without a gas to ­compensate for leaks,” MIT says.

The study found that the first colonist death caused by “unsafe oxygen levels” would take place after 68 days. No one has developed oxygen removal technology yet.

Living quarters
Mars One claims that the life-support system will be similar to that used on the International Space Station (ISS). The living units, each with a total area of 200m2, which is about the size of a tennis court, will house four people, and the units will be connected by ­passageways.

When something stops working on the ISS, Earth is a relatively quick trip away. “If you want a spare part on Mars, you have to send it when a launch window is open, every 26 months, and then wait 180 days for it to get there,” says graduate student Andrew Owens.

Unlike institutions such as Nasa, which has a dedicated government budget, Mars One is crowdsourcing the funding, because it believes “public interest will help finance this human mission to Mars”.

It estimates that the first deployment of humans will cost $6-billion, and $4-billion for each successive mission, but that might be a bit unrealistic. Curiously, the unmanned rover with its mobile science laboratory, had a price tag of about $2.5-billion.

Graduate student Sydney Do said: “One of the great insights we were able to get was just how hard it is to pull this [mission] off. There are just so many unknowns.

“And to give anyone confidence that they’re going to get there and stay alive – there’s still a lot of work that needs to be done.”

But there are more than 700 possible candidates, including South Africans, for the Mars One expedition.

They will be whittled down by next year into “several international teams”, Mars One said in May. Once chosen, the explorers will undergo full-time training to prepare them for the rigours of Mars.

A bit of training in space engineering wouldn’t go amiss either.