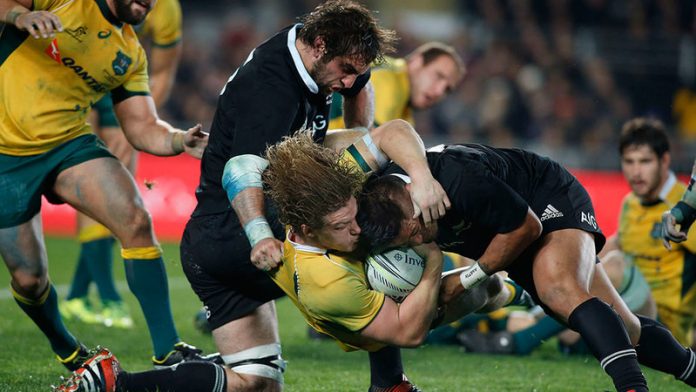 Australian rugby was plunged further into crisis a year out from the World Cup on Saturday when embattled coach Ewen McKenzie resigned a few hours before the Wallabies were beaten 29-28 by New Zealand in Brisbane.

McKenzie, who took over from Robbie Deans in July last year, had come under pressure for his role in the row over offensive text messages that fly-half Kurtley Beale allegedly sent to a team official in June. Beale faces a Code of Conduct hearing into the affair next week but it has already caused two weeks of turmoil, which have made Australian rugby a laughing stock around the world.

McKenzie informed the Australian Rugby Union (ARU) of his decision on Saturday morning and announced his resignation after the last-gasp defeat to the world champions at Lang Park. “My intention was win, lose or draw tonight, to announce my resignation tonight. I’ve just told the team,” he told a news conference in Brisbane.

“It’s been a disappointing time I think for many reasons, I won’t even go into the detail, you guys can work it out. I’ve written to the board and I’ve been unhappy with a bunch of things so the easiest thing for me is to exit stage left and I’ll leave you guys to ponder, speculate and I’ll write a chapter of my book and you will know all about it.”

Lost a ‘very good man’
Last week, the 49-year-old was forced to deny he had been involved in an intimate relation with Di Patston, the official at the centre of the Beale row, and he faced the accusation that he had lost the support of senior players over her role with the team.

“I think Australian rugby has lost a very good man today,” ARU chief executive Bill Pulver told reporters in Brisbane. “In essence, Ewen said he was going to struggle to retain the level of support he needs from the playing group and, in my view, because of the character assassination he’s suffered in the last two weeks.”

“The attack on Ewen was relentless and essentially left him with the view it set him too far back to be an effective rugby coach.”

The defeat to the All Blacks was a third straight loss for the Wallabies after defeats in South Africa and Argentina over the past month and left McKenzie with a 50% winning record in his 22 matches in charge.

Pulver said he hoped to appoint a new coach to take Australia through to the “World Cup and beyond” before the end of the week when the Wallabies depart for their tour of Europe.

If that was not possible, he said, the ARU would consider a caretaker coach.

Jake White a leading candidate
Former Springbok coach Jake White, who was in the frame to replace Deans last year, and Michael Cheika, who led New South Wales Waratahs to the Super Rugby title this year, are likely to be leading candidates.

McKenzie, who led the Queensland Reds to the 2011 Super Rugby title, got the job when Deans was sacked in the wake of the series defeat to the British and Irish Lions.

Very much an advocate of the “my way or the highway” school of management, the World Cup-winning test prop stamped his authority on the squad early in his reign when he disciplined 15 players for a late night out in Dublin last November.

A seven-match winning streak through last year’s tour of Europe and the 3-0 sweep of France in a June test series this year offered the promise of improvements on the pitch.

But hopes of reclaiming the Bledisloe Cup from New Zealand – Australia’s Holy Grail – foundered with a 12-12 draw and 51-20 defeat against the All Blacks at the start of the Rugby Championship in August. – Reuters