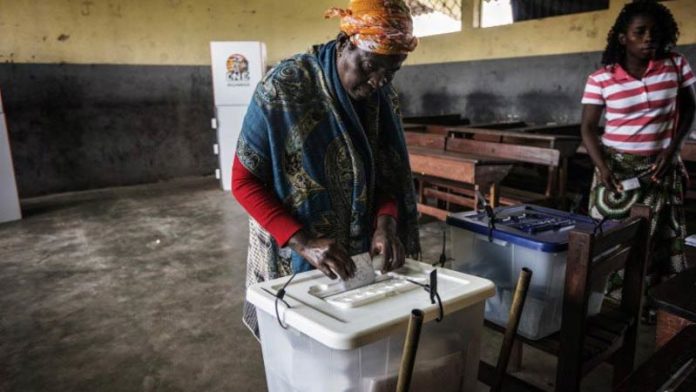 As the Southern African Development Community (SADC) “election year” continues to unfold, the region’s ability to handle conflicts related to polls is once again being put to the test.

Botswana votes on Friday, Mozambique voted on October 15, and Malawi and South Africa in May.

The Mozambique poll took place when uneasy calm had returned to the country after Dhlakama’s party carried out raids on police and military posts and ambushed vehicles along the country’s main north-south highway, threatening two decades of stability after the civil war.

Provisional results rejected
Both Dhlakama and Simango have since rejected the provisional results that give Frelimo 62% against Renamo’s 32%. They cited irregularities, despite the elections being declared “generally peaceful, transparent, free and fair, credible” and “reflecting the will of the people” by the SADC electoral observer mission only two days after the election and when the counting had just began.

But Dhlakama and Simango were somehow vindicated on Monday when the national elections commission stopped vote counting in the volatile Zambezia province, after receiving more results sheets than there were polling stations. It is in this province that voters burnt ­ballot boxes on election day, saying they were stuffed with votes marked for Nyusi.

It is pertinent that the head of the SADC electoral observer mission to Mozambique is Maite Nkoana-Mashabane, South Africa’s minister of international relations and co-operation, whose country held successful elections earlier this year.

In her preliminary report she reiterated that the region attached great importance to holding credible, peaceful, transparent, free and fair elections as guided by SADC’s principles governing democratic elections.

Yet in the same report she acknowledges concerns including media bias where state media favoured the ruling party, intimidation and arrest of opposition political party agents amid alleged police bias, abuse of state resources, inadequate voter education in rural areas, as well as incidents of violence in at least three provinces.

It appears such electoral malpractices have become the accepted norm in the SADC region.

The same problems cropped up in Malawi’s elections in May.

What is interesting in Mozambique is that Dhlakama rejected the election results, but he has committed himself to a negotiated process with Frelimo.

Although there is no guarantee that an inclusive government will deepen democracy, as neighbouring Zimbabwe demonstrated, this is an opportunity SADC can seize to deal with any potential post-election peace and security challenges facing Mozambique.

The regional body should use its fledgling mediation mechanisms and all other necessary ways to stop the country from sliding back into violence.